Unlike N.G.O. Superpower Wolhaiksong, they make no attempt to hide the fact that they fight against the Jahad Empire. Founded by Grace Mirchea Luslec, the so called "Absolute Darkness" of the Tower, motivated by the explicit goal of killing Jahad and the Heads of the 10 Great Families. Led by a group of ancient Elders and the Slayers, FUG is infamous for their extremist methods and their wide spread reach within the Tower. Their followers border on the fanatical, to the point of worshiping the Slayers, individuals deemed powerful enough to kill Jahad, as gods.

Feared as the absolute darkness of the Tower, he is the head of the religious sect and criminal order FUG, which opposes Jahad and at one point took in Bam. What Grace looks like is currently a mystery. 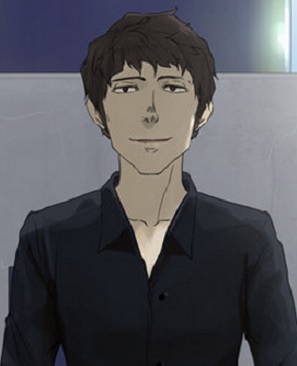 A high ranking FUG member, and a former teacher of Viole and Karaka. Compared to a lot of other folk seen within the FUG organization, Jinsung has been the least villainous, and prefers to see Viole move about freely during the Slayer Candidate's climb up The Tower. 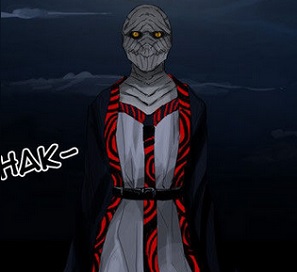 A Slayer of FUG who never seems to take off his mask, and Ha Jinsung's former apprentice. Karaka is one of the main FUG members that is at the head of the faction that would rather control Viole than let him move about freely. He mostly stays behind the scenes ordering around his subordinates to do his bidding, but takes a more direct approach on the Hell Train when he realizes that Viole is becoming more of a threat, and is getting in the way of White's resurrection.

As a result, Karaka fights against Princess Yuri Jahad at Name Hunt Station in an attempt to keep Viole from returning to the Hell Train. He then journeys to the 43rd Floor of Death to assist Team Rachel given that White is on their team.

Like Wangnan, Karaka has a red ring with the Jahad symbol on it. 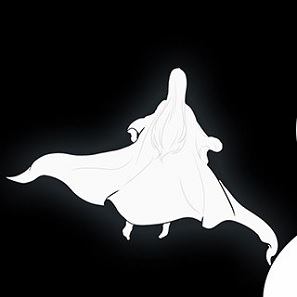 After combining, White would climb the Tower to the point of becoming a Ranker, and makes a name for himself as the 10th seated FUG Slayer. However, White one day suffers defeat against a Jahad Princess, which results in the weakened White running away to the D-rank area's Hell Train in order to regain his strength by acquiring the souls of anyone who tried to venture into the train. White's recovery plan succeeds for awhile, but hits a snag due to a Regular, Roen, sacrificing herself to seal away White within the Hell Train. The sealing spell had also resulted in White finally splitting back into the five siblings, and were placed in separate locations throughout the Hell Train.

In the present, Hoaqin works alongside Team Rachel and Karaka in order to return to his former White form by reabsorbing his four siblings. Hoaqin manages to reabsorb Vicente, Anna, and David, during the Dallar Show to form an incomplete version of White, but is held off from reabsorbing Albelda due to it turning out that the last sibling combined with a newly formed White clone that's an amalgamation of all the souls White had sacrificed over the years. Eventually, the new clone agrees to rejoin with Hoaqin so that they're powerful enough to escape Jahad's forces that were sent to kill them off at the last Hell Train station, which results in a fully reunited White finally making his reappearance. 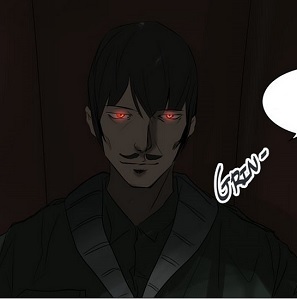 The Train Conductor of the Hell Train who sets up the Dallar Show game between the two Slayer Candidates, Viole and Hoaqin.

Pedro is revealed to be a loyal FUG subordinate of Karaka, and has been tasked to help Hoaqin reacquire his other siblings in order to resurrect the FUG Slayer, White. However, his plan meets an unexpected interference when two intruders, Princess Yuri Jahad, and her Guide, Evan Edroch, break into the Hell Train searching for Bam. 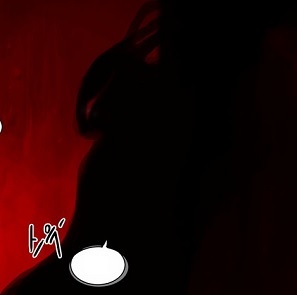 A FUG Ranker executive that works directly under Karaka. Poken was tasked by Karaka to create a team of E-rank Regulars that would watch over Viole to make sure that FUG's newest Slayer Candidate doesn't try to pull anything. 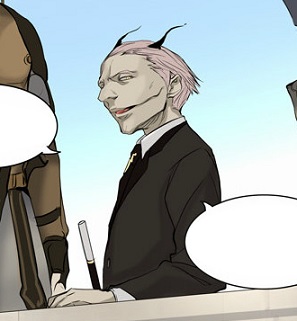 A FUG Ranker whose made a name for himself as a master businessman. Madorako acts as a benefactor for Workshop to raise money for Io and Punk in order for them to further their research, and help them develop the Emile weapon. He's also the head of the FUG Rankers aboard the Archimedes in charge of pouring the solution that will melt Viole into the Thorn to become the great weapon for the FUG organization.