Tower of God Main Character Index
Main Characters (Twenty-Fifth Bam) | Organizations (FUG, Wolhaiksong) | Regulars (First Batch, Second Batch, Third Batch, Fourth Batch, Fifth Batch) | Rankers | Irregulars | Jahad Empire (Princesses of Jahad, 13 Month Series) | Floor Guardians | Others
Beings that lived in the Tower long before it had been populated by Jahad and other races. Each Guardian is a supreme ruler of their own Floor, and merely accepts the Rulers and Proctors as people doing their work for them. They are the ones who allow people to use Shinsu on their Floor.
open/close all folders 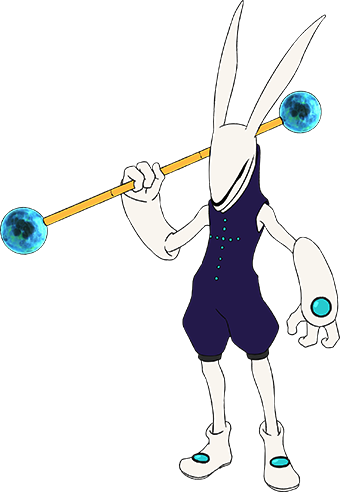 A very freaky rabbit humanoid who is the Guardian of the First Floor. His job is the selection of Regulars, and introducing them to the rules of the Tower as well as providing Pockets. Which he didn't do with Bam. He doesn't like intruders, to say the least. 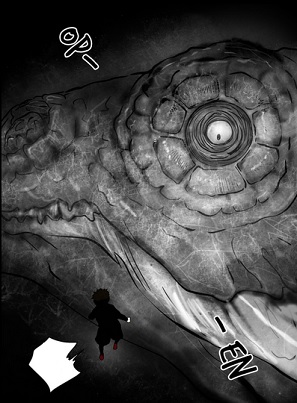 A big eel with a serrated beak. Slightly less creepy than Headon. The eel is the Guardian of the 2nd Floor, also known as Evankhell's Hell. It tends to think that Bam looks very tasty. The 2nd Floor Guardian was seen by Bam during the Position Test training in order to teach the Regulars that they need to make a contract with each Floor Guardian so that they can properly use shinsu on each Tower Floor they newly arrive at.

In order to get the injured Rachel through the Floor of Tests, Bam meets the Guardian once more to get permission for a special test that would allow for the injured Rachel to take part in the final Floor of Test exam. The Guardian allows this, and provides the Submerged Fish Hunt test for Bam and company. Bam also asks for a favor to pass everyone if something happens to him during the Guardian's test, which the eel agrees to. 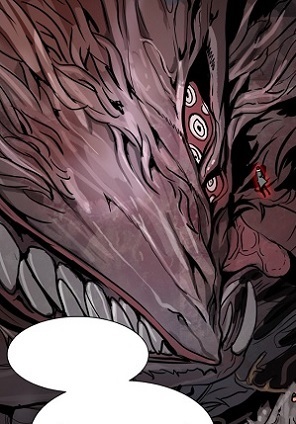 The Floor Guardian that has the distinct honor of being the only one that has been killed in the Tower. Its death was at the hands of Enryu when the Irregular appeared on the 43rd Floor to dispose of Jahad's shrine that the King had built there. Left behind at the location of the Guardian's death was a thorn-like object that was recovered by FUG, and turned into an Ignition Weapon at Workshop.

Due to the death of the Guardian, the 43rd Floor no longer has any means of control over it, and is now considered to be a forbidden disaster area of the Tower that the Regulars skip over during their Tower climb. The only way to reach the 43rd Floor is by riding the Hell Train that travels between the 35th and 43rd Floors. 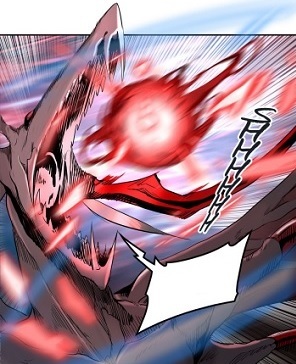 However, Hell Joe's struggle to defeat South City's Ranker leader, Grand De Sah, through an election vote forced him to combine with the Red Thryssa in order to obtain the power required to oust De Sah by force. The result of the fusion causes Hell Joe to become the new tyrant leader of South City up to the current day.