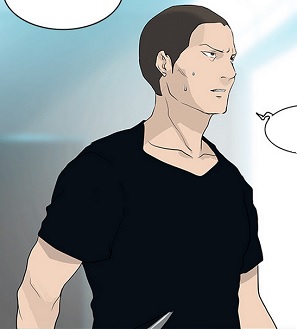 A D-rank Regular, and one of Boro's two shinsu students alongside Felix. He becomes part of Bam's Hell Train team after Boro accepts his alliance offer.

After participating in the Hell Train's Dallar Show, Hanool decides to not join Bam's 43rd Floor expedition team in order to look after those that were injured in said Dallar Show. 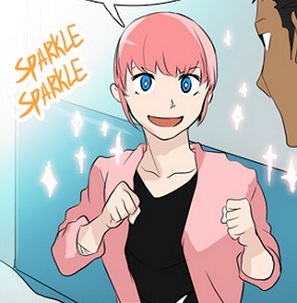 A D-rank, Light Bearer, Regular who dreams to follow in Ha Yura's footsteps to become an idol singer. Introduced working as a train crewmen, she gets caught up in a scuffle over Hell Train tickets, and winds up as one of Bam's teammates to board the Hell Train.

Hana is forced out of the team after suffering an injury in the 35th Floor's Train City tournament. 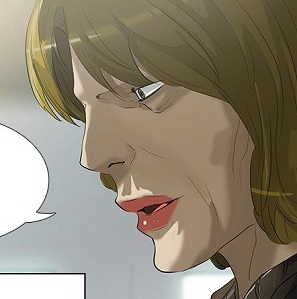 A D-rank Regular who was part of Boro's previous Hell Train team, and is now leading one of the teams trying to board the Hell Train in the present. He also has the rare Defender Position, which is usually to protect the Light-Bearer and Spear-Bearer Regulars at the back of the fight.

His group later joins forces with Bam after finding out about Rachel's plan. However, his injuries during the Dallar show forces him to end his current Hell Train journey. 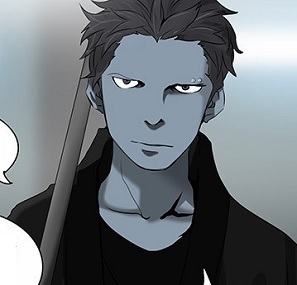 A D-rank Regular that acts as Aka's second-in-command. 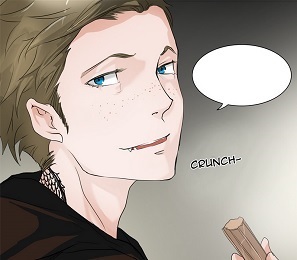 A D-Rank Regular, and one of three newcomers of Rachel's team. As it turns out, he was part of Boro and Aka's previous Hell Train team when things fell apart for them. During the recent journey on the Hell Train he makes deals with both Rachel and Bam's sides.

Following the Hell Train's Dallar Show, Daniel ends his current Hell Train run due to his injuries, and rejoins Aka. 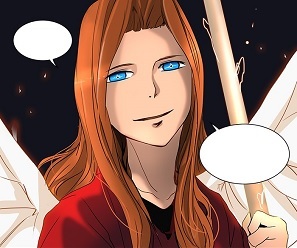 A D-rank Regular, and one of three newcomers of Rachel's team. Raguel is an illegitimate-child of a member of one of the 10 Families, which she has a deep hatred for due to her troubled past. 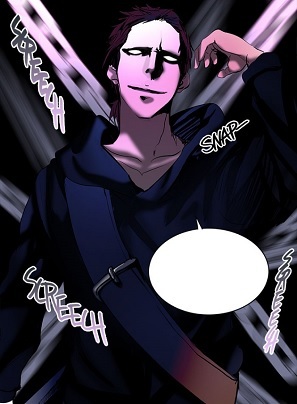 A D-rank Regular, and one of three newcomers of Rachel's team. Like Baragav, he is one of Baylord Yama's three Mad Dog minions, and enjoys fighting with strong opponents. 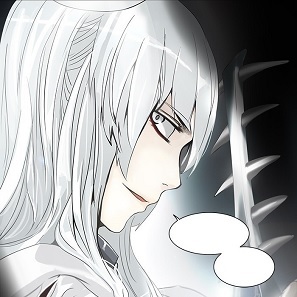 The first of five siblings that have been sealed aboard the Hell Train.

In the past, Hoaqin had made a deal with a Devil to obtain a forbidden spell that would allow for him to one day finally surpass his Great Family father, Arie Hon. Afterwards, Hoaqin was the infamous Slayer candidate that massacred a bunch of Regulars on his first trip on the Hell Train an an attempt to regain his strength.

In the present, Hoaqin's sealed room is located by Daniel, who has also arrived with Team Rachel. Afterwards, Hoaqin teams up with Rachel's group to face off against Jyu Viole Grace in the Slayer Candidate game in order to unite his siblings into becoming one again.

Following the Hell Train's Dallar Show, Hoaqin's one of the few remaining teammates in Rachel's group as they make their way to the forbidden 43rd Floor. 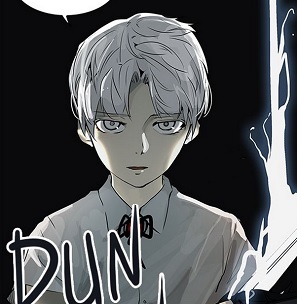 The second of five siblings that have been sealed aboard the Hell Train.

Vicente first encounters Wangnan and Ehwa on the Hell Train, but decides to fight against Hoaqin after befriending the two, and hopes to eventually replace Hoaqin as the dominant persona. 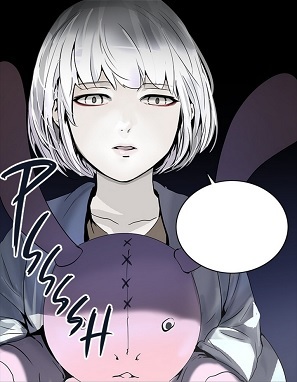 The third of five siblings that have been sealed aboard the Hell Train.

She randomly stumbles across Hoaqin and Rachel's group, and decides to join with them after learning that they had come across Vicente who she had been searching for. 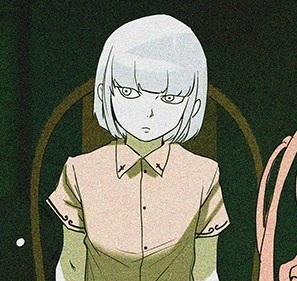 The fourth of five siblings that have been sealed aboard the Hell Train.

Introduced through Wangnan using body possession, David is revealed to have teamed up with Vicente in order to break away from Hoaqin. 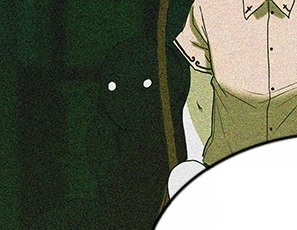 The fifth of five siblings that have been sealed aboard the Hell Train. 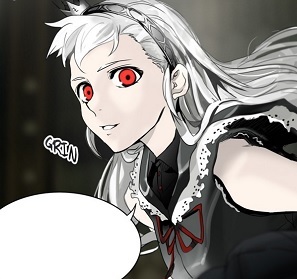 An entity who appears at the start of the Dallar Show's third round claiming to be Hoaqin's final clone despite him stating otherwise. The clone announces that she will join whichever Hell Train team proves their strength to her in the third Dallar Show round. 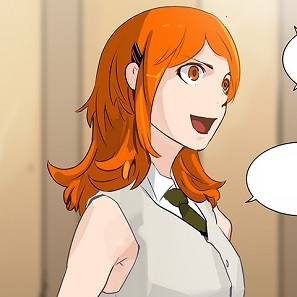 A D-rank Regular that was part of Boro, Aka, Sachi and Daniel's previous team who ended up getting killed on the Hell Train as a means to seal "White" within the express. 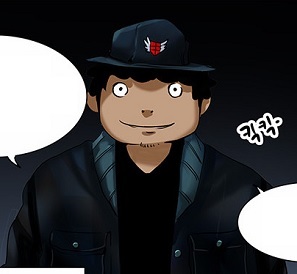 A Regular who was one of the people aboard the Hell Train during Hoaqin's massacre in the past. He is currently a train administrator for the Hell Train. 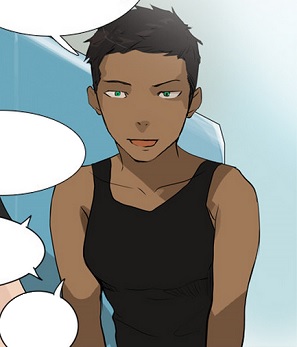 A D-rank Regular, and one of Boro's two shinsoo students alongside Hanool. Unlike Boro and Hanool, Felix did not become a part of Bam's Hell Train team due to an injury she received from the blue-lizard Ticket Hunter. 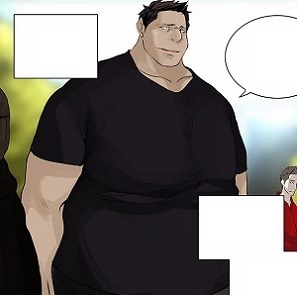 A massive D-rank Regular that was the leader of the opposing team going up against Bam's group during the 35th Floor test. Bel originates from the Hendo branch within the Ten Great Families. 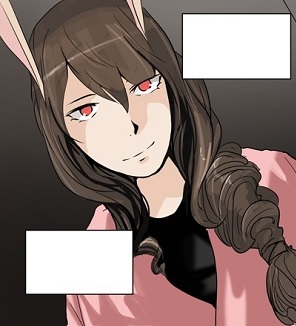 A rabbit-like Regular from the same family as Xia Xia. She faced off against Bam during the 36th Floor test. 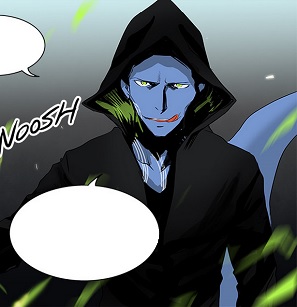 A lizardman Regular trying to board the Hell Train that attacked the Boro, Hanool and Felix group on a train that was headed for Train City. The Ticket Hunter hunts down, and kills, other Regulars who are possibly holding a Hell Train ticket. 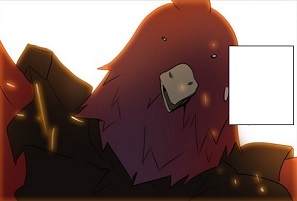 One of Bero Bero's D-rank teammates who is actually a giant red bird.