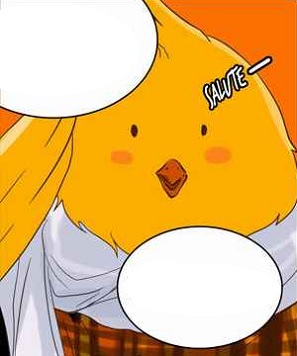 Along with Nobic, he is a Spear Bearer of Khun's starting season 2 team. Resembles a giant canary. 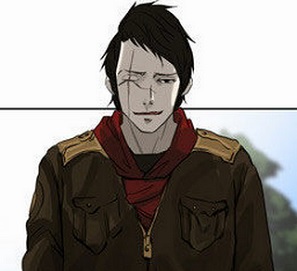 A Fisherman who is described as "cold and violent". Blarode was considered one of the top-5 E-Rank Regulars alongside Endorsi, Anaak, Ran, and Baragav. Like Quaetro, Chang took part in the 28th Floor Test against Sweet and Sour, but joined the team soon after during Workshop after making a deal with Khun during One Shot, One Opportunity.

Following Workshop, Blarode and Quaetro help Sweet and Sour on the Hell Train, but the two depart from the group after the Dallar Show. 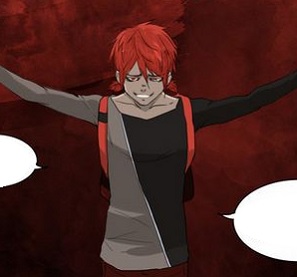 A rather skilled Wave Controller who Sweet and Sour battled during the 28th Floor Test, and Quant Blitz's family relative. Due to having the rare Flame User Position, his skill was considered amongst the best in E-rank, and is thought to be mentally unstable. He joins up with Sweet and Sour during Workshop after being impressed by Wangnan's efforts to save Viole from FUG.

Following Workshop, Quaetro and Blarode help Sweet and Sour on the Hell Train, but the two depart from the group after the Dallar Show. 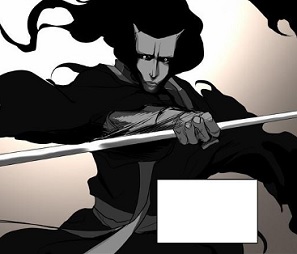 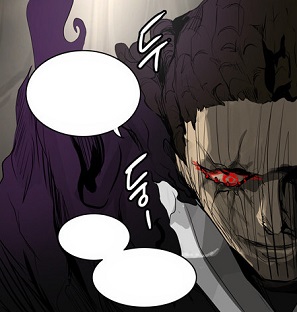 An E-rank Regular who wears a metal mask that conceals his whole face. Reflejo is a member of FUG that acts as a subordinate of Viole's team during the Workshop Battle saga. He is also the de-facto leader of the team, and a minion of Poken, who is in turn, a minion of the FUG Slayer, Karaka. For his powers, the weapon Reflejo wields is a giant scythe, and he's inherited a piece of Ranker Poken's shadow, which allows for Reflejo to use a fraction of a Ranker's power to temporarily reach a strength-level as high as a B-rank Regular.

During the Workshop Battle, Reflejo starts off working under Viole as the team's gambler for the tournament's 1st Round. Afterwards, Reflejo works alongside Beta to trap Viole in the Thorn room in an attempt to melt the Slayer Candidate into becoming a powerful ignition weapon with the Irregular status that would be used by the higher-ups of FUG. As a result, Reflejo takes control of the FUG Team away from Viole, and fights against the Slayer Candidate's companions until the weapon is complete. 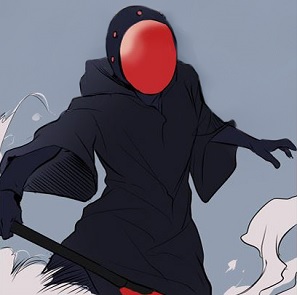 A Regular FUG recruit that was part Viole's Workshop team. Yuto remains to be a complete mystery as the only thing known about her is that she was given a mission to gain the FUG higher-ups' trust. 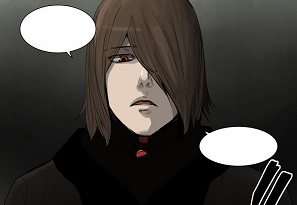 The true "Devil of the Right Arm", and the man Horyang had been searching for. Cassano becomes part of Viole's team for the Workshop Battle in order to push forward his own agenda of reuniting with his mother figure, a researcher named Sophia Amae, when he and Horyang were experimented on by Workshop.

Following the Hell Train's Dallar Show, Cassano is one of the remaining Regulars still a part of Rachel's group as they make their way to the forbidden 43rd Floor. 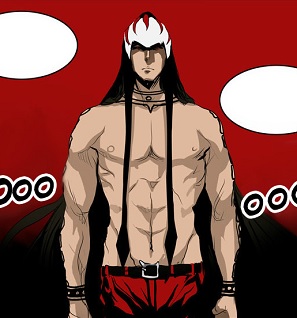 An E-rank Regular, and member of the Mad Dog team. Considered to be a "perfect warrior" as one of Baylord Yama's three blood-fusion powered pit bulls, Baragav was a FUG Regular that became renowned as the strongest E-rank as he moved up the Tower. However, he suddenly disappears, and rumors begin to spread he gained a hatred for FUG, and has been killing off their followers in secret. Hearing about FUG's new Slayer Candidate, Viole, Baragav finally reappears for the Workshop Battle for a battle-of-the-strongest.

The team is named after him; being known as the "Mad Dog" of Yama. Baragav was considered the strongest of the top-5 E-Rank Regulars above Anaak, Endorsi, Ran, and Blarode. 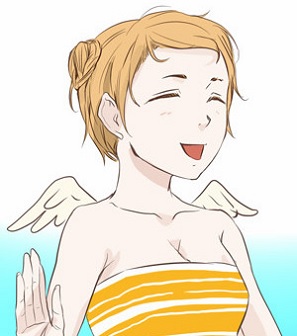 An E-rank, Light Bearer, Regular, and the gambler leader of the Mad Dog team that participated in the Workshop Battle. 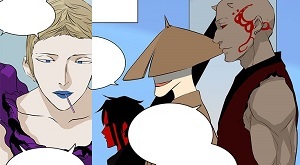 One of the teams that participated in the Workshop Battle. Miya was the team's gambler leader while Paul served as her team's Vanguard, and fought against Sweet and Sour in the tournament's 2nd Round.

Devil Bon and the Medina Parasite 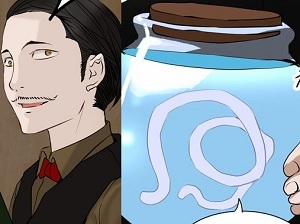 One of the teams that participated in the Workshop Battle. Devil Bon was the team's gambler leader while his Medina parasite served as his team's Vanguard. His team was supposedly easily defeated after the host of his Medina parasite had been defeated by Bellux's Vanguard, Bundawan, at the start of the tournament's 2nd Round.

One of the teams that participated in the Workshop Battle. Hyun Chung was the team's gambler leader while Tebo and Lebo both served as his team's Vanguard. They're established as early opponents for Sweet and Sour at the start of the Workshop Battle's 2nd Round. 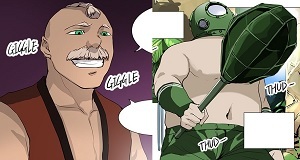 One of the teams that participated in the Workshop Battle. Bellux was the team's gambler leader while Bundawan served as his team's Vanguard. They easily knock out Devil Bon's first Medina host, and then come across Team Shibisu's Vanguard, Vespa, during the Workshop Battle's 2nd Round. 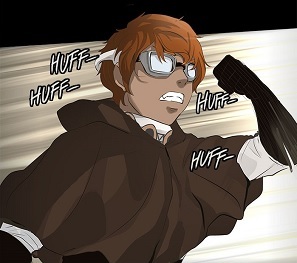 A mysterious Regular who wears goggles, and a hoodie, that conceals most of his features, and befriended Viole on the 30th Floor. Traveller believes that he has been tasked with an important mission to save someone named "Emile" from the clutches of Workshop. 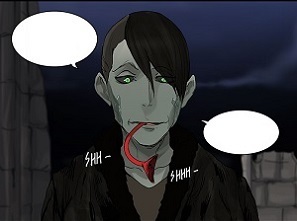 A reptilian Regular that was hired by Sia to kill Khun when he and his teammates were seeking out the Devil of the Right Arm at the 28th Floor's Hand of Arlen structure.