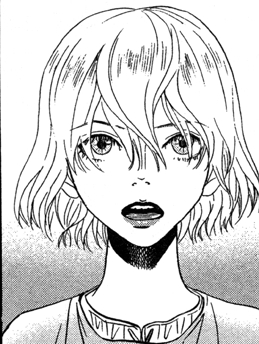 A 12 year old shepherd boy with a gentle demeanor, boundless faith, and love for everyone. He was visited by God and decreed to be a chosen child, and the story starts with him and his new followers setting out on a Children's Crusade to retake Jerusalem. Able to perform miraculous acts with the power of his Godly horn, Etienne is devoted to helping anyone he can on his way to spread the word of the Lord. Unfortunately, the Catholic Church isn't exactly in favor of a boy with such powers. 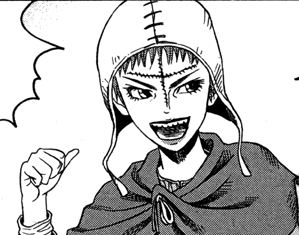 A 12 year old boy from Etienne's village. The son of a pig farmer who died in the Crusades, he insists that he's destined to be a knight and will do nearly anything to accomplish that goal. He dreams of honor and glory, and detests being looked down on by adults for being young and inexperienced. Despite being hotheaded, immature, and impulsive, he cares about his friends more than anything (especially Etienne), and has an extremely strong moral compass, albeit one that's more than a bit black and white. 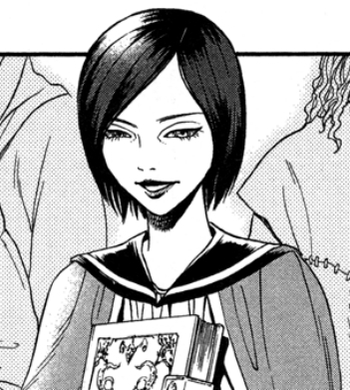 A 14 year old boy from Etienne's village. The son of the local scribe, Christian is intelligent, quick thinking, and literate; a rare skill for his time. While snarky and mostly distant to his teammates, he values Etienne's happiness and success above all. He carries a large textbook with him, and manages the funds of the Children's Crusade, despite not being good in battle. He fell in love with Etienne at a young age, and seeks a sex change to justify his feelings towards the other boy. 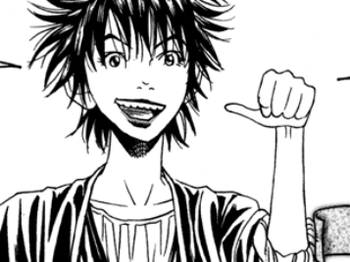 A 14 year old boy from Etienne's village. The son of local leatherworkers, Luc is a happy-go-lucky, optimistic boy with a good attitude and boundless cheer. Despite not realizing the true danger he will be facing, Luc joins's the Children's Crusade to support his friends and bring honor to his family. He gets along well with the younger boys, and tends to be the heart of the Crusade, supporting and cheering up anyone whose resolve falters. He's best friends with Marc, but open and accepting to nearly everyone. 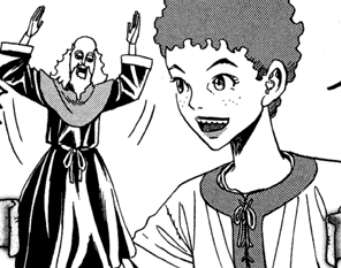 A 13 year old boy from Etienne's village, who hails from a large family. The local clown, he never misses a chance to make a stupid joke or lighten the mood. He seems to be almost unable to take anything seriously, and was completely oblivious to the dangers he would face on a Crusade. Luc's best friend, he also is one of the major factors in keeping up the moral of a small army of children. After Luc's death, he becomes cold and unresponsive, happy demeanor broken by seeing the death of his best friend. 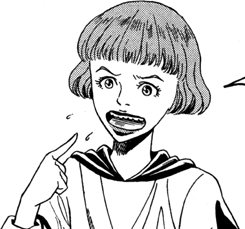 A 10 year old boy from Etienne's village. A shy, quiet crybaby, Henri is weak willed, easily bullied, and lacks the bravery or resolve to be a proper knight. He goes along with the Children's Crusade out of the desire to be brave, and quickly finds himself in over his head with the stress and danger. Henri is extremely childish and immature, and follows the orders of the older boys almost without question. He dreams of becoming a brave knight, but panics in the face of battle and has difficulties keeping up with the others. 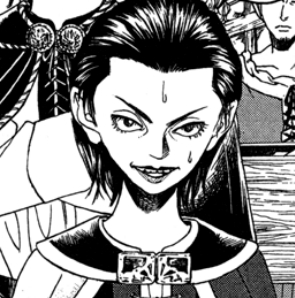 A 12 year old boy from Etienne's village. The son of a local noble (which isn't really saying much), Guillaume is arrogant, self-confident, and a bully. He favors picking on the weak, and uses his status to ensure that no one can hurt him back. He joins the Children's Crusade under orders from his father, and actively rebels against Etienne's leadership at every turn. Favoring the pleasures of life, Guillaume's desire for fame and nice things gets him in trouble, especially with the strict and moral Nicolas. Pierre is his best friend and lackey. 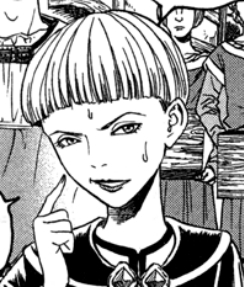 An 11 year old boy from Etienne's village. The son of a local noble (which isn't really saying much), Pierre is an entitled, snarky spoiled brat. He's Guillaume's loyal lackey, and follows the other boy's commands. Despite being every bit as much of a bully of his companion, Pierre lacks much of a mind of his own and tends to follow Guillaume's will over his own. Forced into the Children's Crusade by his father, he resents the leadership of the other boys, and follows Guillaume's lead in causing trouble and making their own way. 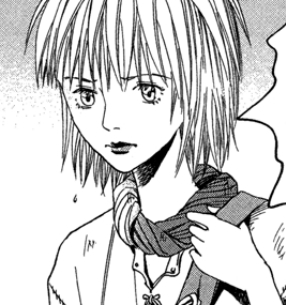 An 11 year old boy from Etienne's village. The older of a set of twins, he and Lillian were orphaned after their mother killed herself due to rumors surrounding their birth. Laurent is even tempered, gentle, and much more mature than his little brother. He gets along well with other boys, and has a dedicated, kind spirit that seems unbroken by even his childhood struggles. He and his brother share a form of telepathy, allowing them to communicate in words and sensory information over long distances. 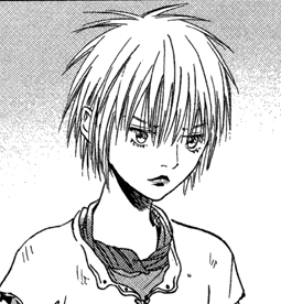 An 11 year old boy from Etienne's village. The older of a set of twins, he and Laurent were orphaned after their mother killed herself due to rumors surrounding their birth. Lillian is hot tempered, easily upset, and distinctly lacking in maturity, especially compared to his brother. He's childish and standoffish, and easily gets mixed up in the wrong crowd in a bid to be seen as different than his brother. He and his brother share a form of telepathy, allowing them to communicate in words and sensory information over long distances. 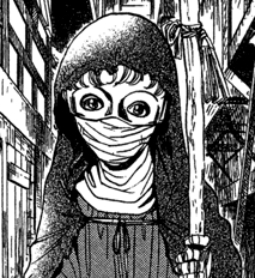 A 12 year old boy from Etienne's village. Remy was once described as the prettiest boy in the village, but after catching leprosy, was shunned by nearly everyone he once loved. Sweet, gentle, and more than a bit shy, Remy is desperate for companionship and acceptance, and is very willing to over-tax himself to get it. Etienne is the only person other than his family to accept him even with his disease, and he clings tightly to anyone who's willing to tolerate him. Despite his poor circumstances, he remains optimistic and faithful. 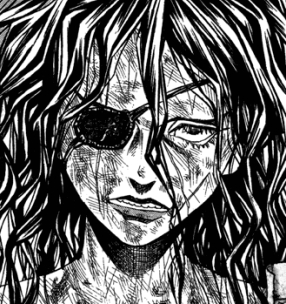 A 14 year old boy of unknown origin. Guy spent his early years as a bandit, and after a failed raid on Etienne's village, was won over by the other boy's kindness, joining the Children's Crusade out of a desire to please his savior. Guy is outwardly rough and crass, with a leaning towards violence and an antisocial personality. Inside, however, he is sympathetic to the weak and carries strong values of family and loyalty. He's willing to do literally anything for Etienne, and is by far the most experienced of the Children's Crusade. 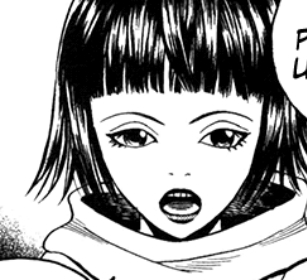 A 12 year old boy from a nearby church. Michael is dopey, strange, and a bit dumb, but possesses a beautiful singing voice and skills in priestly duties. He's accepted in to the Children's Crusade to watch over them, despite being more than a bit ditsy. He's actually a spy sent to watch over the Crusade and report back to the church. His true personality is arrogant and self-righteous, disdainful of anyone who doesn't accept his way of viewing the world. He also thinks himself to be the true chosen child. 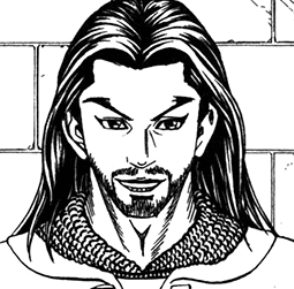 A high ranking member of the Knights Templar who joins the Children's Crusade as an adviser and guardian. On the surface, Hugo is a benevolent and moral man, the exact image of the knight Nicolas dreams to be, and he quickly captivates the minds and hearts of the Crusade. He turns out to be a selfish coward who faked Etienne's miracles for money and status, all with the intent of selling the boys off to slavers in the Middle East. He turns on the Children's Crusade after they abandon him, seeking either their deaths or loyalty. 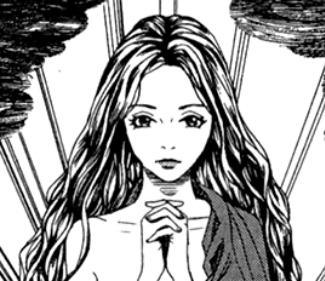 A young girl of unknown origin who works as a prostitute. A mute from birth, Isabelle has a gentle and submissive personality, as well as a "purity" that Etienne immediately notices. The Children's Crusade meet her during their travels, and she quickly turns to worshiping Etienne. Her and Etienne fall in love, and Isabelle runs away from her town to follow him. The two later become lovers, which is the final straw in Etienne being deemed a heretic. Post-story, she bears his child and finds new purpose in life serving God. 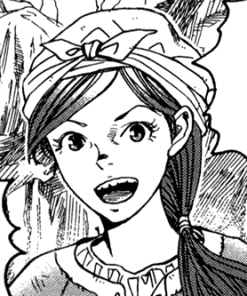 A young woman from a small village that the Children's Crusade takes refuge in. Colette is upbeat, caring, and optimistic, and takes the boys of the Crusade under her wing. She's something of a leader in her community, and brave enough to lie to the Church to protect the boys in her care. She runs an underground church that offers godliness to those that would be unable to afford it under the strict rules of the Catholic Church. When this is found out, she's burned at the stake as a heretic, along with the rest of her village. 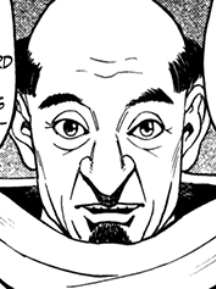 A small town clergy man with high goals of becoming pope. He sends Michael with the Children's Crusade to monitor them, and secretly plots to sell the boys as slaves once they run out of usefulness. He plays along with the Knights Templar to milk Etienne's miracles for money, and plans to dispose of even his own son, Michael (who was secretly born of a prostitute and poses a grave threat to his reputation), in order to achieve his goals. Post story, it's noted that he dies unknown and leaves no legacy behind.