The Character Sheet for the Burning Black series. Beware of potentially unmarked spoilers.

open/close all folders
The Others/Team Turner 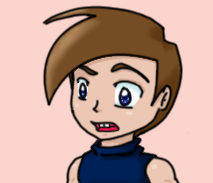 The One Who Stands Beyond Death's Reach
"I'm already dead; what more can they do to me?"

After dying in a playground accident, which later turned out to be an elaborate setup to murder him, Timmy was revived as an immortal through the efforts of his fairy godparents, his cousin Danny Phantom and the angelic android named Caleb. Four years later, Timmy returns to Dimmsdale in order to destroy the anti-magic barrier before it can kill off the fairy population and set the kids of Dimmsdale on a downward spiral. His ability to use magical alchemy seems to be making him a magnet for trouble, not only from human enemies but from magical ones as well. 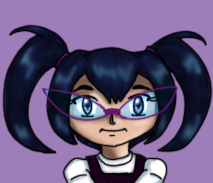 "If I have to see more girls in their pink and white Hello Kitty outfits, I'm gonna figure out that Flame Lance spell and launch it into their bathroom."

Tootie's path crosses with Timmy's when Vicky brings home an unconscious mystery boy and dumps him in her room. After he wakes up and helps dispose of a hidden anti-magic device in her room, Tootie and her fairy godmother Andromeda set out to discover his identity and get caught up in a secret war to restore magic to Dimmsdale.

She later ages up with the help of her Fairy-versary Muffin to stand on equal ground with Timmy and better compete with Trixie for his affections. Her exposure to nullifier waves seems to be undoing the power of that wish, so her teen state may not last much longer. 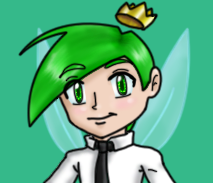 "Well, Mr. Sleepy-Head, we're not a group of your old rivals being led out of your mansion by Timmy Turner, who was brought back from the dead as an immortal, after rescuing Trixie Tang's fairy godparent in an attempt to find out more about these Dark Spire things so that we can destroy them and free Dimmsdale from its magic-oppressed doom!"

Timmy's fairy godfather. An idiot on the best of days, Cosmo is a speedy attacker, using the Windcutter and later the Stormreaver scythes to generate air pressure blades to attack from a distance and melee in close quarters. He berserks easily, though if The Voice is influencing him Cosmo can be a cold and calculating fighter, a true fairy soldier. He hides the alarming changes in his personality as best he can with his usual ditzy demeanor, though as the fight against the Dark Spire progresses and information about Timmy's death comes to light, Cosmo's situation seems to grow unstable. The Fairy Army seems pretty eager to get him back in their ranks.... 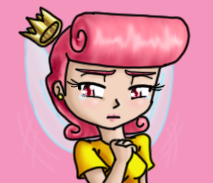 Some wishes just can't be granted...

Timmy's fairy godmother. Wanda is the heavy hitter of the three, wielding a half-axe, half-warhammer weapon called the Heartache Hammer. She crushes anything that gets near her, Cosmo or Timmy with extreme prejudice. Banished from Fairy World along with Cosmo for failing to prevent Timmy's death, she considers the sentence a blessing in disguise. There's nothing Wanda won't do for her family and godson, but she seems to be hiding secrets that date back fourteen years and involve a scandal that had shaken up Fairy World... 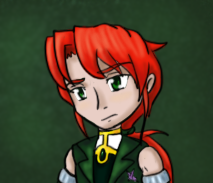 The Author's favored FC whose presence adds various elements of the Tales Series games to the storyline.

An android built during the Age of Symphonia who gained a soul and became 'alive', Caleb's main priorities are archiving the knowledge of the world and protecting the Heroes who protect the world so the people's overall love and adoration can feed the Mana Tree that keeps the world whole and him and his sister alive. Claiming to be superior to humanity because of his status as a living android and the Cursed with Awesome power called perfect neutrality, he tends to operate in the background, providing information and resources to whomever asks for it in exchange for information, favors and technology. When the mana of the world is threatened, however, he takes a more active role. He's best known for his tendencies to manipulate the people and situations around him to be of the most benefit to him, an ability granted to him by perfect neutrality, and building robot copies of the Heroes he's worked with.

Perfect neutrality actually negates his true nature, causing a corruption that can't be readily detected. Symptoms of the corruption include hostility towards those who attempt to befriend him, self-mocking, and an arrogant view of himself as a superior being. The author's notes point out that Danny Phantom is the initial trigger for the accelerated corruption. 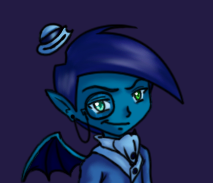 Back in Black should be his character theme...

"Don't look a gift horse in the mouth, Timothy. It's very rude and it invites bad luck."

Leader of the Anti-Fairies, Anti-Cosmo was the only anti-fairy running free since his escape after his role in a gland transplant with Cosmo. He still suffers from some personality shifts because of it. He's kept himself in the loop as much as he can about the events that took place in Dimmsdale in regards to Timmy Turner and is surprising helpful despite being one of Timmy's enemies in the past.

The Anti-Fairies have all sworn not to directly give Timmy bad luck, but will find ways of doing so if given the opportunity. Beyond that, they appear to be protective of Timmy and eventually take commands from him as a secondary leader. Being close to them gives Timmy anti-fairy properties in personality and magic, which makes the anti-fairies even more protective. 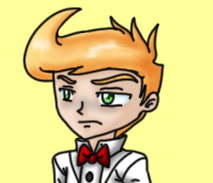 Mr. Screw the Rules, I Have Money! himself.

"Oh, for the love of God! Doesn't anyone stay dead in this town anymore?!"

All Remy ever wanted was to get Timmy Turner to lose his fairy godparents and be punted back to misery as revenge for having fairies and parents who loved him. Timmy's death and the apparent 'execution' of Cosmo and Wanda was seen as a personal victory for him. With only his money and Juandissimo to keep him company afterwards, his pride and arrogance has grown into an obsessive drive to become the only kid in the world with a fairy. With Crocker and Dr. Bender and Wendell on his payroll, Remy funded the construction of eight Dark Spires in Dimmsdale to neutralize and eventually destroy fairies and fairy magic, save for his own.

In order to obtain the plans for the Dark Spires and the anti-magic devices, Remy made a Deal with the Devil to have his wish of being happy granted at the cost of Timmy's life and body. This made Remy an accomplice in Timmy Turner's murder, but the deal wasn't completed since Timmy's body wasn't recovered. The burden of knowing his role in the murder has been eating away at Remy's sanity over the past four years, exacerbated by Timothy's arrival and systematic destruction of the Dark Spires. 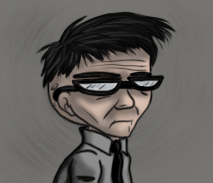 The years have not been kind....

"All it took to destroy our Heart was a simple gesture and a selfish dream. Turner, can my wish be granted someday?"

Four years ago, Crocker's days were spent in a mad scramble to capture Timmy's fairies, prove they exist to the world, and then make the wishes to take over the world like any good little megalomaniac would. But the day Timmy fell from the jungle gym changed all that. Guilt and depression have taken their toll on Crocker, and being blackmailed into helping Remy with his own fairy-centered plots for world domination has not helped at all.

The only thing that's kept Crocker going is the knowledge that all of Dimmsdale will die with the loss of Timmy Turner. This changes when Timothy Neogene arrives to tear down the Dark Spires and restore magic to the city. Now this former teacher has concocted a new plan; a plan to use Timothy to resurrect Timmy and bring about a Golden Age for Dimmsdale after defeating Remy's own plots.