Awesome Bosses / The Legend of Zelda 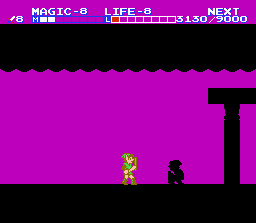 The epic struggle between light and dark starts here.

The many incarnations of Link have faced many awesome bosses during their various adventures in Hyrule and elsewhere.

Ganondorf / Ganon
Ganondorf/Ganon in any game he's in tends to fit the bill.

The Adventure of Link

A Link to the Past

Oracle of Ages / Oracle of Seasons

A Link Between Worlds

Breath of the Wild