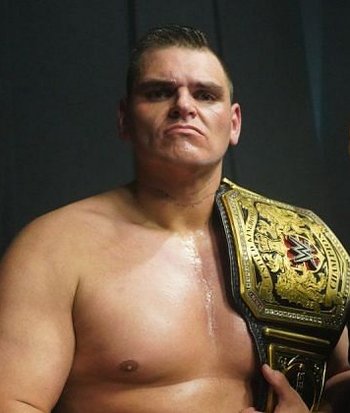 Walter Hahn (born 20 August 1987) is an Austrian former footballer/soccer player turned professional wrestler and wrestling trainer trained by Michael Kovac, Tatsuhito Takaiwa and Tomohiro Ishii. He's known for his ring name WALTER, and for being an all-rounder powerhouse with the most devastating chops known to man. He's currently signed to WWE and performs in the NXT UK brand, appearing at the end of NXT UK TakeOver: Blackpool after the main event where Pete Dunne retained the WWE UK Title and made his in-ring debut on NXT UK two weeks later.

In January 2022 he returned to America to work in the rebranded NXT, and was renamed by WWE to Gunther.