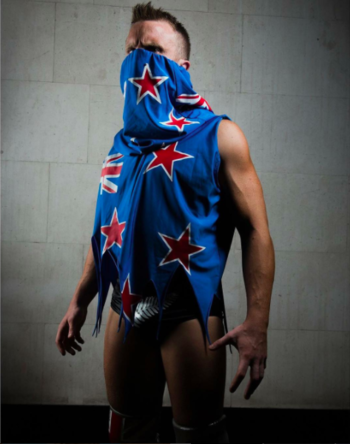 "The Kiwi Buzzsaw" Travis Banks (born Travis Bligh; February 15, 1987) is a professional wrestler from New Zealand, currently wrestling in promotions such as Progress Wrestling, Fight Club: Pro, Revolution Pro Wrestling and Defiant Wrestling. Originally born in Australia but moving to New Zealand, he started professional wrestling training at the tender age of 21 and has since worked his way up to being one of the most successful wrestlers from the country. In 2018 he was signed by the WWE as part of the newborn NXT UK brand; he made his debut at the UK Championship Tournament 2018, losing the finals against Zack Gibson.

In 2020 Banks was fired by both WWE and Progress Wrestling after Millie Mckenzie provided proof he had been in an abusive relationship with her when he was her trainer.