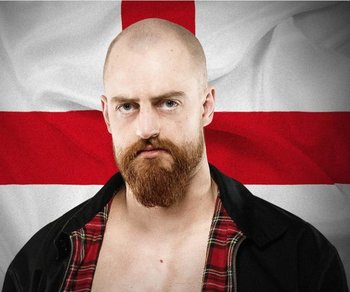 He was signed to the WWE in 2018 and debuted at the WWE UK Championship Tournament, which he won, granting him a championship shot against the WWE UK champion Pete Dunne. As part of NXT UK, he's 1x NXT UK Tag Team Champion with James Drake.

Outside of wrestling he has his own promotion, called Infinite Promotions.

You can find more info about him on Cagematch