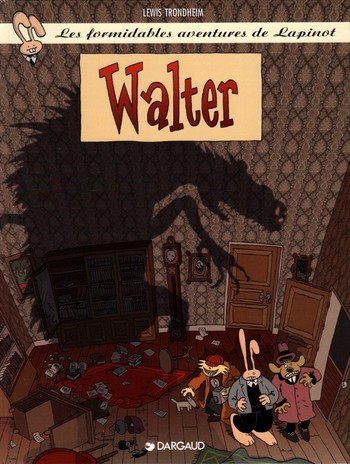 Walter (translated in English as Harum Scarum) is a 1997 comic book by Lewis Trondheim. It is the third album of The Spiffy Adventures of McConey series. It is a parody of Gothic Horror. It is set during the Belle Époque. Lapinot is a medicine student. Titi is a policeman, inspecteur Boulanger. Richard is a journalist. Bertrand Walter, the son of a university lecturer, invites them to visit his father's flat, where they find a monster.