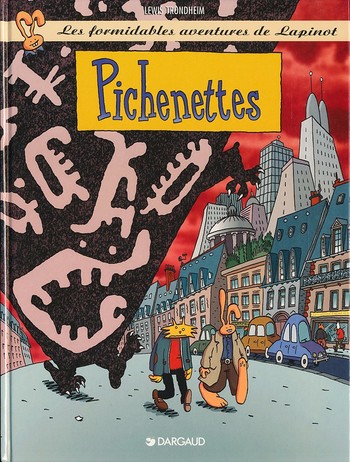 Pichenettes (translated in English as The Hoodoodad) is a 1996 comic book by Lewis Trondheim. It is the second album of The Spiffy Adventures of McConey series.

Lapinot arrives in the big city. He sees a tramp who tries to commit suicide. In order to convince him not to do so, he accepts a stone that is cursed according to the tramp.