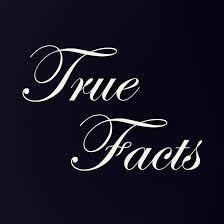 Here we will explore true facts about the Troper.
Advertisement:

, about various organisms (usually animals) that inhabit our planet, styled after nature documentaries. What separates True Facts from your typical nature documentary is the narrator's comedic phrasing, unusual comparisons, and frequent tangents while still providing reasonably accurate lessons on each topic. Older videos used a Morgan Freeman-like voice, though they've gradually evolved away from that.

Ze Frank takes suggestions from his viewers on what animals to make videos for, and he encourages scientists, pet owners, biology weirdos, photographers, and videographers to contact him with ideas.

The series went on seemingly indefinite hiatus in August 2014 but unexpectedly returned in April 2018 with "True Facts: Frog Fish

" and hasn't looked back since.

That is how a troper do.