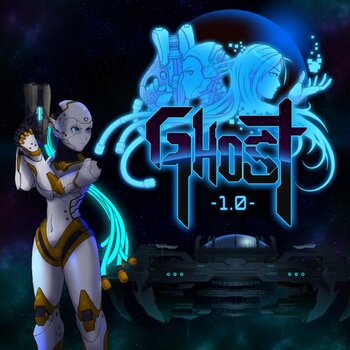 Ghost 1.0 is a Metroidvania video game created by Francisco Meneses, who had earlier developed Unepic. He initially released it on PC through Steam on June 7th, 2016, and later ported it to Xbox One and Nintendo Switch on July 11th and 12th of 2018, and to Playstation 4 on April 8th 2019.

You play as Ghost, an infiltrator with a Remote Body who can jump in and out of said body to possess other nearby robots for the sake of infiltration.