Music / She Will Be Loved 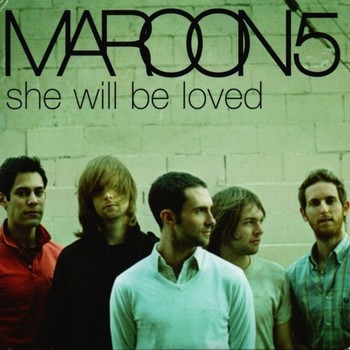 "She Will Be Loved" is the third single from Maroon 5 from their debut album Songs About Jane. The song reached #5 on the Billboard Hot 100, tying with "This Love" as their highest-charting single at the time before "Makes Me Wonder" became their first #1 hit in 2007.

The music video for "She Will Be Loved" shows a young man (Adam Levine) who falls in love with the socialite mother (Kelly Preston) of his girlfriend (Corrine Carrey). The mother is not receiving love from her husband (John Colton) and turns to the young man for comfort after he discovers she's beaten unconscious by her spouse.

"She Will Be Loved" contains examples of: