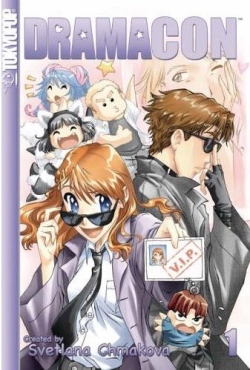 Dramacon is an original English-language manga by Svetlana Chmakova, which was published by Tokyopop from 2005 to 2007.

The story centers on a perky girl named Christie who falls in love with a Tall, Dark, and Snarky cosplayer over the course of three volumes, each of which involves one annual three-day anime convention. While the love story is the main focus of the book, in telling it the book deftly tackles the oddities of pop culture conventions, and the fans and people of the industry who attend them.