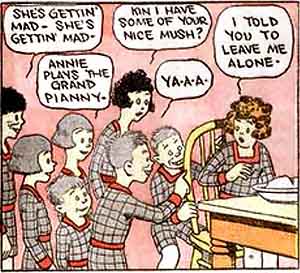 Redheads who are bullied, picked on, beaten, or just plain hated for no reason other than having red hair. Sadly, this is not a Discredited Trope.