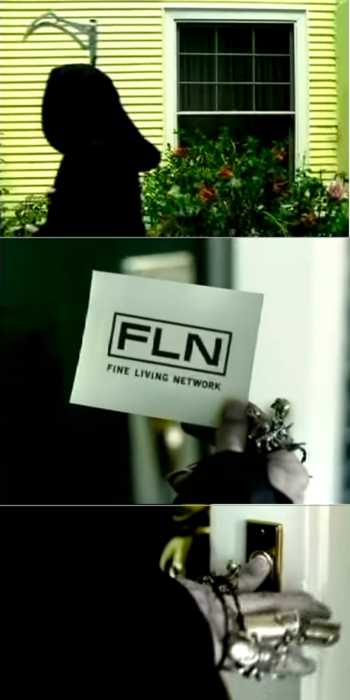 At least Death was nice enough to ring the doorbell.
“This has been KSWD Los Angeles. This is the Sound, and this dream will self-destruct in three, two...”
— Final words on 100.3 KSWD

The end of your network has arrived. Network Death is imminent. Some networks have just a brief or abrupt sign-off with little to no fanfare, but some do go the extra mile to pay tribute to their history before turning off the transmitter for good. They likely will also decide to herald the arrival of a replacement moments after.

This is the trope for when networks decide to go out with a real tribute to themselves, or at least a carefully-chosen final program.

See Grand Finale for when this happens for an individual franchise.