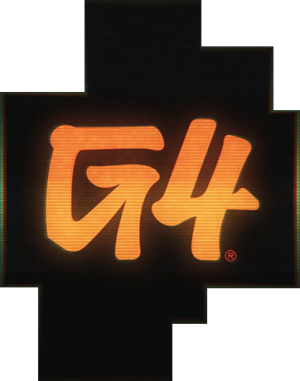 G4, formerly known as G4TV, is a television network with a focus on video games that originally existed from 2002 to 2014, then later revived as an digital-first brand in 2021. The original network went through some serious growing pains in trying to find an audience and gain ratings and advertisers, leading it to be one of cable television's most infamous cases of Network Decay.

The Comcast-owned channel was launched in April 2002 by Charles Hirschhorn. The lineup entirely consisted of gaming-related shows such as Arena (a multi-player gaming competition show), G4TV.com (an interactive talk show connected with the website), Cheat! (a show dedicated to cheat codes and walkthroughs; think GameFAQs on TV), and reruns of Starcade. The channel struggled to find viewers and get into more homes since the only major carrier with G4 was Comcast's own cable service. In 2004, Comcast bought out Tech TV, a channel focused on computers and technology that was carried on more cable/satellite providers. On May 28, 2004, the two cable channels with similar missions would merge into G4TechTV. In reality, TechTV would be flushed out in less than a year's time. Comcast would close the TechTV production facilities in San Francisco, giving its staff the ultimatum of either relocating to Los Angeles or going out of a job. X-Play and its hosts; The Screen Savers, which became Attack of the Show!; Anime Unleashed, a block for Anime programming; and Unscrewed with Martin Sargent were the only remnants of TechTV to survive the merger. (Charles Hirschhorn later apologized

for his actions in essentially killing TechTV.)

Neal Tiles became G4's network president in 2005. Under his watch, G4 broadened its scope into a more general male-oriented channel in the vein of Spike TV, while downplaying its central focus on technology and video games. G4 obtained more off-network reruns, ranging from sci-fi/superhero/fantasy dramas to reruns of shows like COPS and Cheaters — the latter programming resulting in a huge backlash from the network's already splintered fandom. On the positive side, this was also the era in which Attack of the Show! and X-Play became the network's flagship shows. The former brought on Olivia Munn as a co-host, who became a geek culture sensation. Code Monkeys, a cartoon that parodied 1980s video game culture, went on to become a Cult Classic. Ninja Warrior, a Japanese obstacle course game show, became the network's highest-rated show and inspired a successful U.S-based spin-off.

Despite the growing fanbase for G4's programming, the channel was still struggling financially. Layoffs continued as a cost-cutting measure and the G4 studios were eventually downsized and relocated to the same building as E! Entertainment and the Style network. In November 2010, DirecTV dropped G4 as a whole, justifying the move by pointing at the network's low ratings. In response, Attack of the Show! would begin tearing DirecTV apart for kicking the network off their lineup every chance they got.note Adam Sessler revealed in 2020

that G4 was the first NBCUniversal/Comcast network to negotiate carriage fees, and DirecTV kicking them off was pushback against the growing Comcast monopoly as Comcast was also a competitor. By 2012, as Comcast finalized the acquisition of mass media company NBCUniversal, G4 gained a new network president in Adam Stotsky. Long-time G4 personalities Adam Sessler (X-Play) and Kevin Periera (Attack of the Show!) left the network amidst the rumors of another attempt to rebrand the network. Said rumors were proven true when in December of that year it was announced that G4 would be rebranded as the Esquire Network, in partnership with men's magazine of the same name. Not long after Sessler and Periera's departure, their respective flagship shows were cancelled in January 2013. This brought an end to all studio programming, and while it was eventually decided to leave G4 as is, the network would devolve into endless reruns of old original programming and episodes and a slowly-dwindling handful of syndicated shows during what would be its final years. note Esquire Network would go through its own growing pains even before launch. NBCUniversal originally set the new network's initial launch date on April 22, 2013. A lack of original programming for the new channel forced a delay to September 23 of that year. Because of G4's lackluster distribution and tanking ratings, and because the Style network was deemed too similar to the company's established, women-targeting, lifestyle networks, E! and Oxygen, it was decided to replace that channel with Esquire instead. Despite the hype behind the relaunch, Nielsen could not measure the initial ratings for Esquire Network because said ratings were too low to meet a "minimum reporting standard". Three major television providers (Dish Network, AT&T U-Verse, and DirecTV) dropped Esquire in late 2016 and NBCU would shutter the network on June 28, 2017.

Comcast removed G4 from its own cable systems starting in January 2014. Throughout the year, only AT&T U-Verse, the newly formed Google Fiber, and a few other small cable providers carried the channel to fulfill broadcasting contracts. All those agreements expired by midnight EST on December 31, 2014. The network signed off with a game of Pong (referencing when G4 launched with all-week Pong games). You can see G4's symbolic "Game Over" for yourself on YouTube.

In the years after, the only vestiges of the channel was the sole surviving G4 original series American Ninja Warrior, which is now a staple of NBC's summer lineup.

In July 2020, to the surprise of well...everyone, it was announced that G4 will be revived as a digital-first network, launching on November 16, 2021. The revival was teased with the G4 website coming back up (with a game of Pong that was seen in the announcement trailer, bringing everything full circle, wherein if you win, you input your email and eventually got a Free T-Shirt!), the G4, X-Play, and Attack of the Show! social media feeds going active once more, and a star-studded reunion special hosted by actor and comedian Ron Funches (and later featuring an appearance from WWE & TNA wrestler and newest member of the G4 family Xavier Woods, aka Austin Creed), followed by a Thanksgiving charity stream of Among Us. Both can be viewed

. This incarnation is being run outside of NBCUniversal, however (partially due to the strange setup the old G4 had; it was majority-owned by Comcast but EchoStar, the creator and former owner of Dish Network, had a stake in TechTV and this carried over, even after G4 shut down and EchoStar itself spun off Dish Network to concentrate on satellite hardware); it's instead under

Comcast Spectacor, their sports and arena division. Why you might be asking? Because thanks to Tucker Roberts

Throughout 2020 and 2021, more personalities joined the G4 team, including Ovilee May (noted LCS personality), Froskurinn (well-known LEC personality), Alex "Goldenboy" Marvez (well-known eSports caster as well as a personality in the world of gaming), Kassem "Kassem G" Gharaibeh (well-known YouTube personality), Virtual Youtuber CodeMiko, Twitch streamer Gina Darling, The Completionist, content creator Will Neff, and internet personality The Black Hokage alongside returning veterans Kevin Pereira and Adam Sessler (hosts of Attack of the Show! and X-Play respectively). In addition to that, it was announced in April 2021 that G4 would once again air the classic Ninja Warrior (along with seasons 35-37 that for the first time for American audiences would be seen) alongside Unbeatable Banzuke and Takeshi's Castle Indonesia. In May of 2021, G4 announced that they would be premiering a new tabletop RPG-oriented series dubbed Invitation to Party, which is a live broadcast of Dungeons & Dragons. In 2022, the channel revived Arena, co-produced with the WWE.

Outside the network, Disney XD launched their D|XP gaming block with content produced by former X-Play producer Wade Beckett and hosts Kevin Pereira (who produced The Attack, a Spiritual Successor to Attack of the Show!, first premiering on Twitch) and Blair Herter. Former G4 head Neal Tiles started "VENN" (the Videogame Entertainment News Network), with backing from mega-station group Nexstar Media; however, it underwent financial difficulties and they quietly ceased operations in late 2021. Code Monkeys resurfaced on Comcast's streaming service, Peacock, when it launched in 2020. Many of the revamped channel's original shows also air on the Pluto TV-exclusive channel G4 Select.

Original programming produced by, and aired on, G4TV include: