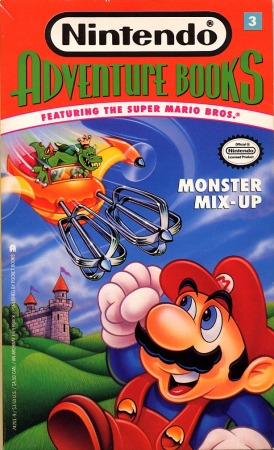 Unlike many gamebooks, each of these had one good ending, which was reachable only by solving puzzles correctly (or in a couple of cases, incorrectly) and collecting items. All the others awarded you with a nice, big, bold GAME OVER!

These books also had a point scoring system; after reaching an ending, you turned to a final page at the end of the book where you added up your points (or coins in most of the books) and received a ranking.

See also Metroid: Zebes Shin'nyuu Shirei, another Gamebook based on a Nintendo game.

The Nintendo Adventure Books provide examples of the following tropes: