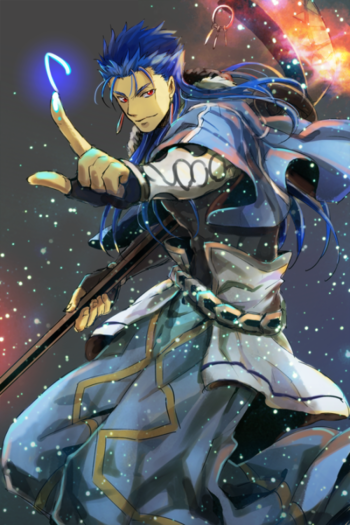 . After appearing in the summoning circle of a serial killer with a mysterious mask on his face, the protagonist takes up the pseudonym of "Crow" and scrambles to survive the events of the Fourth Holy Grail War as the Master of Caster. Fortunately for him, Gilles de Rais isn't Caster this time.

The Sage's Disciple is complete. The author started a sequel, The Puppeteer's Bodyguard

, but later on decided certain elements diverged far too much and began a rewrite, A Crow in the Garden

The Sage's Disciple provides examples of:

Tropes appearing in The Puppeteer's Bodyguard: