The headmaster of Cross Academy. Kaien is Yuuki's adoptive father and took in Zero following the death of his parents. He strongly believes that humans and vampires can co-exist. In the past, Kaien used to be known as the strongest vampire hunter known to man and thanks to his genetics that houses an insane amount of vampire DNA, Kaien no longer ages past his prime. He had a very jaded outlook on life as a result of constantly assuming different identities to avoid suspicion about his age, as well as the fact that killing rogue vampires makes no leeway for humans in the war for survival. It was only after meeting Juuri Kuran that his personality started to change, similar to how Zero met Yuuki. It's implied that he was in love with Juuri but never pursued the relationship due to her already being happily married to Haruka. 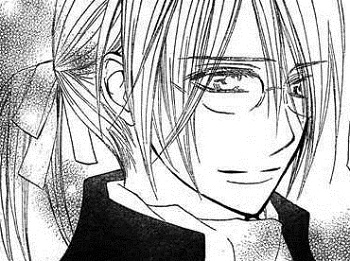 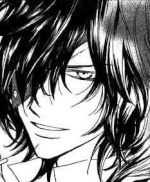 The Number One hunter at the Hunter's Association and Zero and Kaito's former teacher. In the past, his fiancee, who took care of Zero and Ichiru during their stay in a hospital, turned into a vampire and Touga was forced to execute her but not without losing his eye. He later comes to Cross Academy as a teacher at the insistence of his old friend Kaien Cross. While he was willing to kill Zero to spare him further pain that comes from being a vampire, he changes his mind after seeing Zero's resolve to fight on and Yuuki's insistence of protecting him. Later becomes co-president with Kaien at the Hunter Association, grooming Zero to take his place one day.

I'm so happy, I thought I was dead inside Zero's heart... 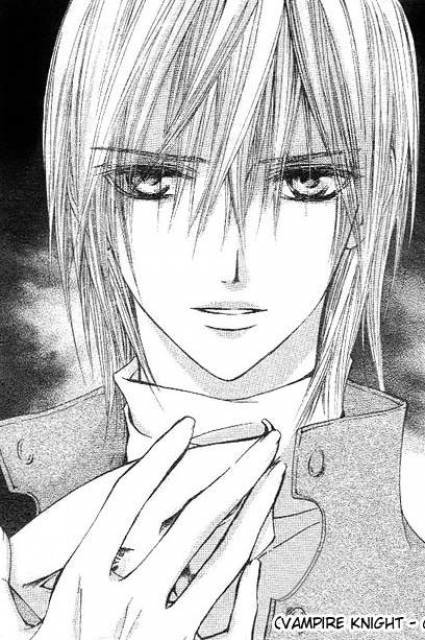 Zero's twin brother. Ichiru and Zero were once very close as children until Ichiru overheard their parents favoring Zero over him. He willingly went with Shizuka following her attack on the Kiryuu family and became her faithful servant/possible lover. After Shizuka loses her life, Ichiru wandered about without a purpose until he learned that Rido brought about his former master's death. Though he fails to avenge her, he sacrifices his life so that Zero can halt his process into becoming a Level E vampire, power up by taking back the "Twin's power" and finally reconciles with his beloved brother.

And now we have a little lamb... joining the party. 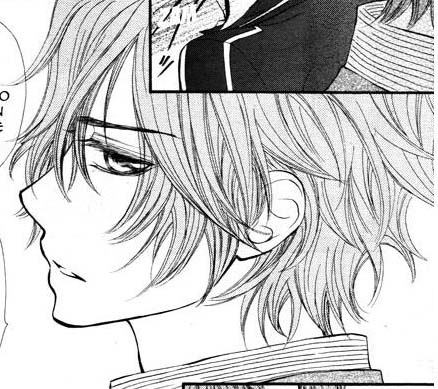 A fellow hunter and an old friend of Zero's who returns to Cross Academy as a teacher-in-training. Similar to Zero, he hates vampires with a passion, though he's willing to do more dirty and pragmatic things to get the job done. Whatever his character faults, he does care for Zero and treats him like family at times. 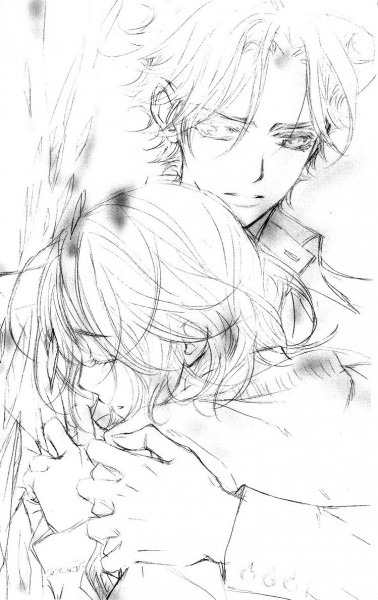 A Day Class student with a crush on Kaname. After attempting to sneak in the Moon Dormitory, the Night Class students — Aidou, Kain, Ruka, and Ichijou in particular — take an interest in Fuuka and let her visit the dorm at night. As these visits progress, a mystery surrounding Fuuka begins to unveil itself. She is introduced in the VK light novel Vampire Knight: Ice Blue no Tsumi.