Kaname Kuran / The Ancestor of the Kurans 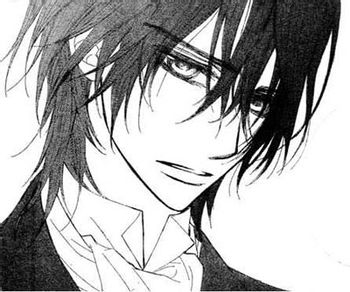 Kaname is the president of the Night Class, a pureblood vampire, and the object of Yuuki's affections. He rescued Yuuki ten years ago from a vampire attack. While formal and polite, Kaname can also be enigmatic and distant. Two mysteries that surround Kaname are the death of his parents and his connection towards Yuuki's memories. The end of the first arc has Kaname turning Yuuki into a vampire or rather, turning her back into a vampire since she was always a Pureblood like himself, as well as her brother/future fiance. As the second arc goes by, despite living together like a married couple, Yuuki and Kaname's relationship takes several blows when Kaname's penchant for keeping secrets and habit of always maintaining control wears on Yuuki and slowly but surely strains their relationship.

Kaname later reveals that he is actually the first ancestor of the Kurans brought back to life by Rido in an attempt to put a leash on the most powerful creature alive. This backfires as - in an attempt to keep himself from attacking everything in sight - Kaname lets his body devolve to that of a newborn's, the ancestor takes on the name and place of the the real son of Haruka and Juuri Kuran, who was sacrificed to awaken him and was, in cruel irony, also named after him - Kaname. Eventually getting disheartened by the unchanging vampire society, Kaname deliberately pushes Yuuki and everyone close to him away in order to try and commit genocide on all Purebloods in accordance to the last wishes of the ancestor who gave her heart to make Anti-Vampire weapons; carrying on the The Hooded Woman's work. However, as the Parent Metal that makes Anti-Vampire weapons has cooled and died, he resolves to, and late does, cast his own heart into the furnace and becomes the Parent Metal in order to atone for his sins and protect humans from vampires. He dies wishing for Yuuki and Zero to be happy together. Yuuki later brings him back to life as a human with no memories and leaves him in the care of her children, finally redeemed and having another chance at life.

... Grandfather... Let us put an end to the Ichijou line. 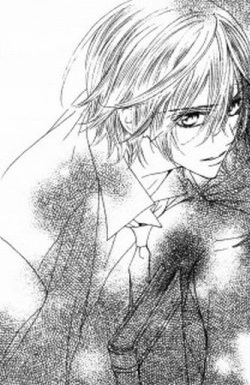 Kaname's best friend and the Night Class's vice president. He is very friendly and outgoing, and can usually be found with a smile on his face. Ichijou's grandfather is a member of the Vampire Council. He is good friends with Shiki and Rima. He later betrays Kaname when he falls for the Pureblood Sara Shirabuki, though it is never revealed if his feelings for her were genuine or he was manipulated into loving her thanks to the Purebloods' power of persuasion. After her death, he's left without a purpose in life.

... And my heart decided. I would become someone who could really protect him. 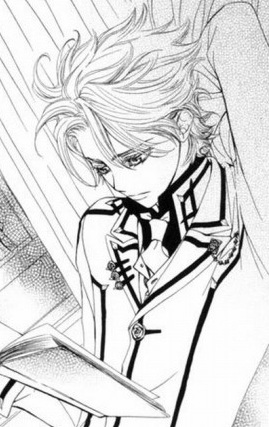 Nicknamed "Idol" by the Day Class girls, Aidou is Kaname's "right-hand man" alongside his cousin Kain. He displays a fun-loving and playful personality around the Day Class girls, and he fiercely idolizes Kaname, despite the punishment he receives in turn. He is jealous of the attention Yuuki recieves from Kaname and has a tense relationship with Zero due to his lack of respect for Kaname.

After Yuuki's reveal as a Pureblood, Aidou becomes more respectful towards her, though still treats her like a klutz at times. His loyalty towards Kaname is finally shattered when his father is murdered by him and he pledges to stop his former friend at all costs. Later Aidou discovers the cure to vampirism based on Kaname's old notes, though his primary motivation in completing the cure was due to a desire to age and die with Yori, who he fell in love with. Tragically he's too late and it is unknown what happens to him afterwards.

... If in the future you end up causing her unhappiness... then I will not forgive you. 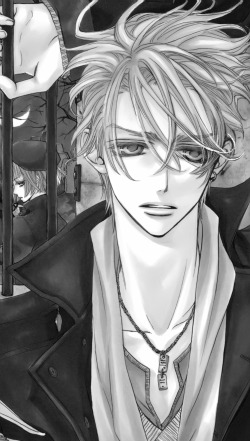 Nicknamed "Wild" by the Day Class girls, Kain is Kaname's "right-hand man" alongside his cousin Aidou. He is often laidback and reserved. Kain sympathizes with his childhood friend Ruka, who he has feelings for. Towards the end of the manga, he finally gets with her. 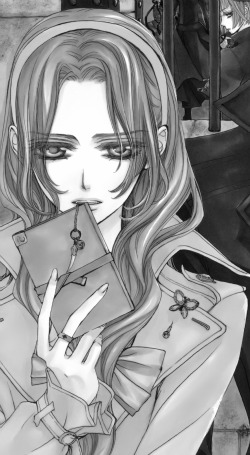 Because I've been a fool who only cares about my own feelings... always... until I was faced with the truth...

A beautiful student of the Night Class who has unrequited feelings for Kaname. She later grows out of these feelings after seeing how irrational Kaname can be in achieving his goals and later grows to fall in love with her cousin, Kain.

That's all right, because a puppet, is now able to move by its own conscious. 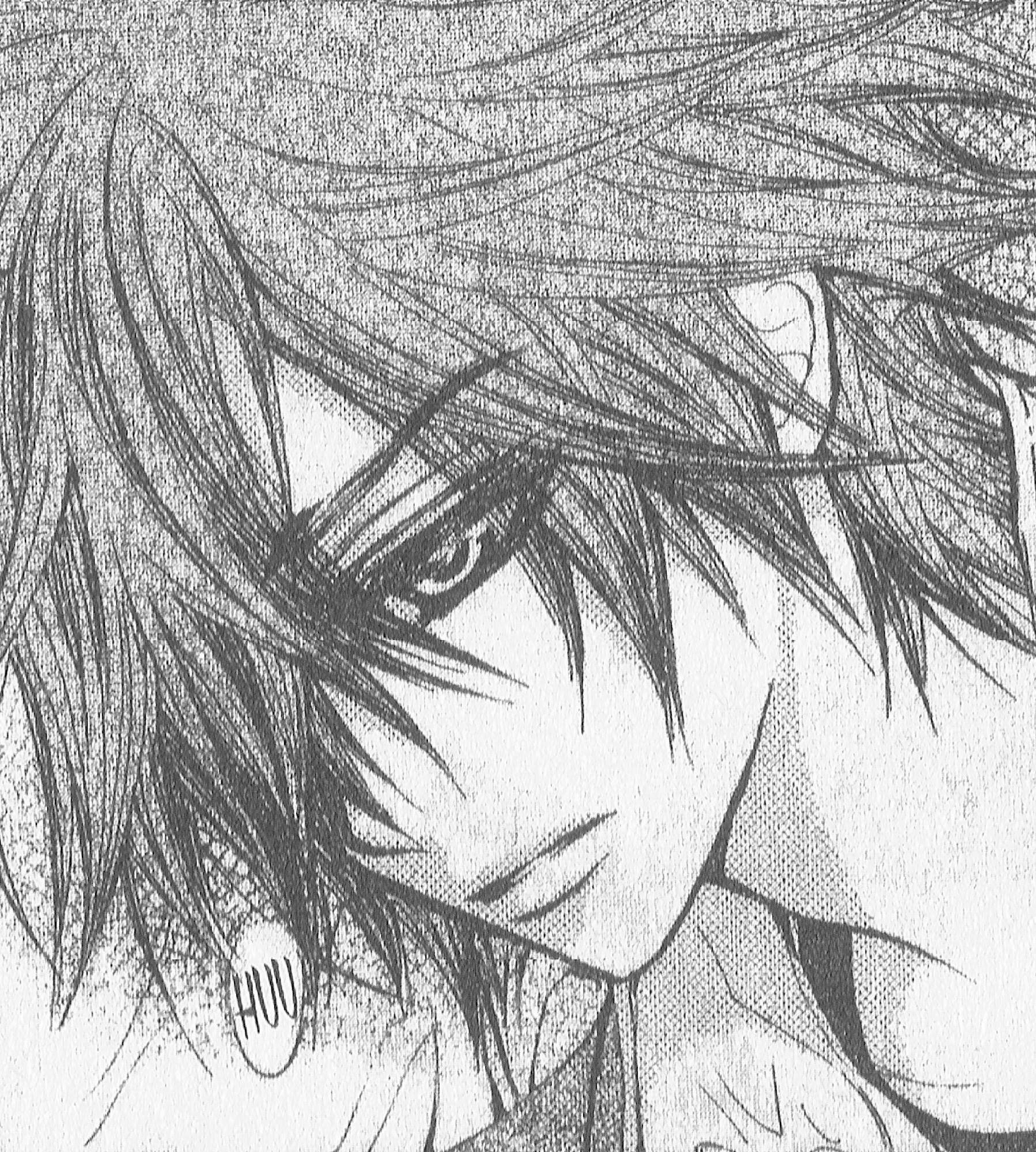 A young model in the Night Class who is often in the company of Rima. Quiet and introverted, Shiki initially doesn't think too much of himself. Shiki's mother is a former actress who he must take care of because she's fairly helpless on her own. He is good friends with Ichijou.

Shiki! You should love yourself more! 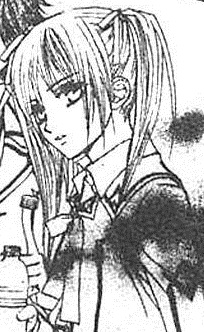 A young model in the Night Class who is often in the company of Shiki. If separated from him, Rima is often found worrying about Shiki. She is good friends with Ichijou. 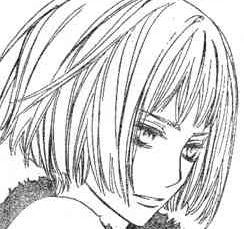 Kaname's unofficial bodyguard. She only exists to exert her master's will. Later she goes on to serve Yuuki and Toga after Kaname's demise.

Bonus chapters reveal that her true name used to be "Hoshino" and she, along with her younger sister "Yoruno", were once offered to be sacrificed by cruel vampires in an attempt to appease Kaname's bloodlust. Disgusted by their actions, Kaname helps free both sisters but in the attempted escape, Seiren's sister ends up dying, with Seiren on the brink of death herself. Kaname offers her a choice to either die and join her sister or become a vampire like himself. She chooses the latter and in gratitude for the man's kindness, she develops fierce loyalty towards her savior, abandoning her "human" name and taking up her current name.