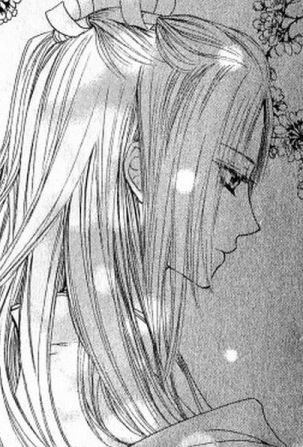 A pureblood vampire who murdered Zero's parents and turned Zero into a vampire. She is infamously known as the "Kuruizaki-hime." During her long life of living in a cage and feeding on humans, she met one who did not shy away nor found her repulsive for her true nature. She quickly fell in love with the man and turned him into a vampire so that she can go on with a life partner. However, this serves to piss off her fiancee, Rido, and in an act of cruelty, Rido manipulated the Hunter's Association to kill the vampire. The Kiryuus' were the hunters who committed the deed and wallowing in despair and anger, Shizuka broke free of her cage and attacked them, leaving only Zero as the sole survivor and fueling his hatred for vampires since. She returns with her loyal servant, Ichiru, in the body of her distant relative, Maria Kurenai.

After much mayhem and chaos, Shizuka was able to return to her original body but was wounded by Zero and finally killed by Kaname. Kaname himself commits the taboo of feeding on another Pureblood, despite being one himself and she warns him that despite the great powers he will achieve as a result of the blood, things will not end well for him in the end. She finally dies in the arms of her faithful servant, Ichiru.

Please... If Zero sees Ichiru, ask him... to tell Ichiru that I want to see him.

A young girl and a distant relative to Shizuka Hio. She transfers to Cross Academy while possessed by Shizuka, with the promise that Shizuka will cure her weak constitution she's always had since birth. This wish goes unfulfilled after her relative's death; nevertheless, she continues to attend Cross Academy, taking special interest in Zero, due to her love for Ichiru.

There are few purebloods left in this world... so we must support each other. 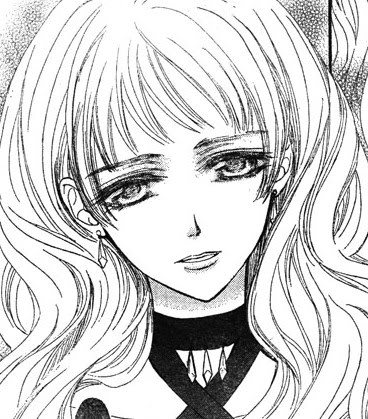 A pureblood vampire who is good friends with Kaname. She is introduced towards the end of the first half of the story and later becomes the main antagonist in the second half of the story. After kidnapping a wounded Ichijo and "forcing" him to become her servant, Sara notes that she is willing to do anything to stay on top of the food chain as she doesn't want to die alone and forgotten like the rest of the Purebloods in the story, intending to become Queen of all Purebloods. Her hobbies includes coming up with manipulative schemes, teasing Ichijo and turning innocent girls into her obedient slaves. She is later killed when the remains of the Hooded Woman stabs her through the heart and she shares one final tender moment with Ichijo.

It happened so fast that I didn't have time to hold back my power... I couldn't take the risk, because there's a life growing inside me that I had to protect at all costs... 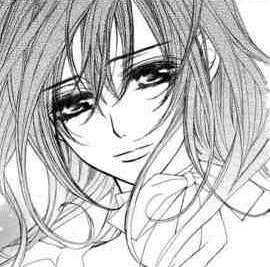 Kaname's and Yuuki's mother, Juuri is the wife of Haruka, as well as being his sibling along with her big brother Rido. Supposedly, Haruka's and Juuri's deaths were the result of suicide but tt was later revealed that they were murdered by Rido instead. Juuri sacrifices her life to transform her daughter Yuuki into a human and erases her memories in order to protect her from vampires who would abuse to power of Purebloods.

How can I stay behind and let my child protect me? Don't destroy my pride of being a father, please. 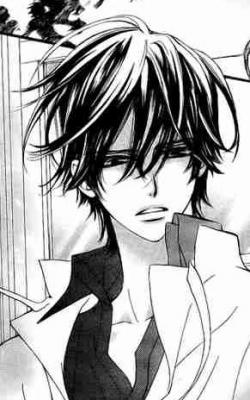 Kaname's and Yuuki's father, Haruka is the husband of Juuri. Supposedly, Haruka's and Juuri's deaths were the result of suicide. It was later revealed that they were murdered by Rido instead. He is also Rido's and Juuri's brother.

Alike... You look like Juuri. I've changed my mind. You will replace Juuri, and let me love you.

Rido is the true main antagonist for the first half of the story. He is also Shiki's father and the older brother of Haruka and Juuri. Rido had unrequited feelings for Juuri and was resentful of Haruka's and Juuri's marriage. Rido returns to Cross Academy in order to devour Yuuki and take her power. He is also the one who resurrected the Ancestor of the Kurans — Kaname — from his grave. Thus, Kaname is unable to kill him. After possessing his son and infiltrating Cross Academy to revive his true body, he wreaks havoc with his legion of slave vampire and attempts to take Yuuki as his new wife after her revival as a Pureblood. Thanks to Zero helping her out, Rido was finally defeated and killed, though not before a bit of his blood was absorbed by Kaname, which to this day, taunts him with the dilemma of his decisions.

I cannot forgive the person who forgot his purpose in life and played with those weak, yet strong, lives that instinctively continued to hope. There's no way I could silently keep watching. 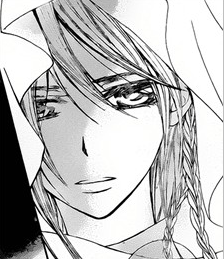 A woman from Kaname's past. She sacrificed herself to forge the first weapons for the Hunters to wield. Introduced in the second arc and her spirit reappears again through the Hunter Metal in an attempt to kill all rouge vampires. Her first kill in this form was Sara Shirabuki and the woman would've continued on if not for the fact that it was reassured that Kaname would continue her work and she passed on peacefully. 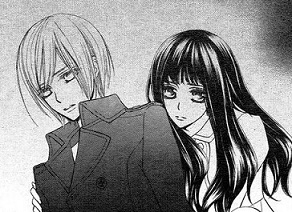 Because that's how you solve a Love Triangle.

Two girls in the last pages of the final chapter after a thousand years have passed since the story of Vampire Knight has come to an end. They appear to be in their late teens look-wise, but it's unknown how much older they most likely are. Both are children of Yuuki but they both have different fathers, which makes them half-siblings. After Zero's death, Yuuki shortly sacrifices her own life to revive and transform Kaname into a regular human, tasking her dutiful children to watch over Kaname for the rest of his days.