Characters that have exclusively appeared in the SpongeBob SquarePants Licensed Games. 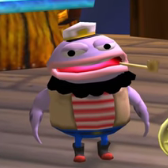 The owner of the Bait Shop in Jellyfish Fields and a recurring NPC in the game. He owns the Reef Blower 2500 as a prize for his sponsored jellyfishing competition. 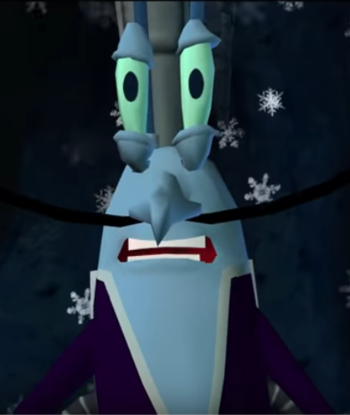 Voiced by: Doug Lawrence
Mermaid Man's Arch-Enemy who has been imprisoned in the Mermalair for years until SpongeBob inadvertently released him when he cut the power to the security system.
Robo-Sandy 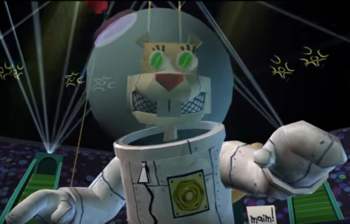 A robotic copy of Sandy Cheeks who has been terrorizing the Poseidome. King Neptune summons SpongeBob and Patrick to fight her.
Robo-Patrick 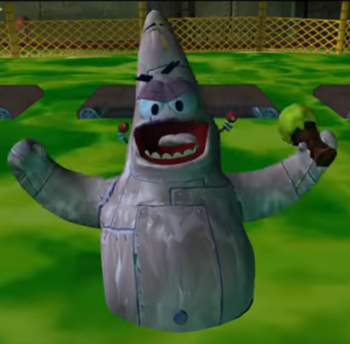 Voiced by: Bill Fagerbakke
A robotic copy of Patrick Star who terrorizes Squidward in the Industrial Park.
Advertisement:
SpongeBot SteelPants 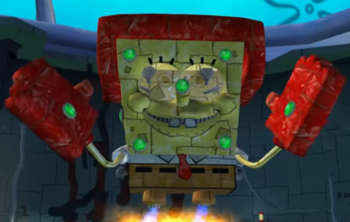 Voiced by: Tom Kenny
A robotic copy of SpongeBob who guards the Duplicatotron 3000 in the Chum Bucket Lab and serves as the last obstacle for him to face. He has an implied relationship with Robo-Plankton.
Robo-Plankton 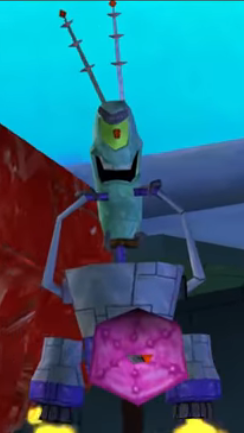 Voiced by: Doug Lawrence
A robotic copy of Plankton who is the true mastermind behind the robots running amok. He has an implied relationship with SpongeBot SteelPants. 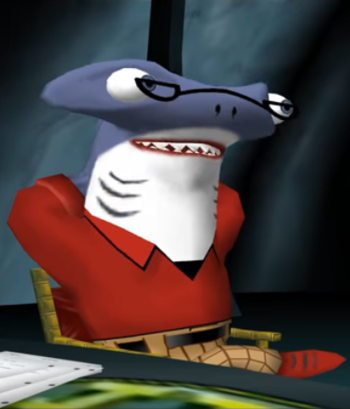 Voiced by: Nolan North
The director of "The New Adventures of Mermaid Man and Barnacle Boy" show who hires SpongeBob and company to participate in auditions for the show's anniversary episode.
The Sneaky Hermit 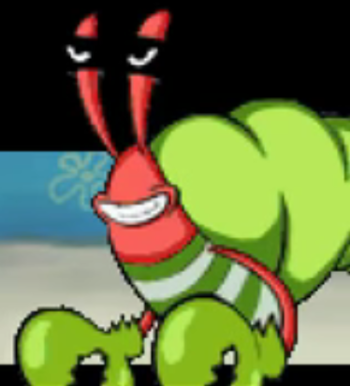 His general design, taken from the Game Boy Advance port of the game.
Voiced by: Varies, depending on which of the six main characters plays him.
The main villain of "The New Adventures of Mermaid Man and Barnacle Boy" anniversary episode who desires to steal everyone's homes for himself. Any main character can play him if they come out on top of the rest of the competition.
Advertisement: 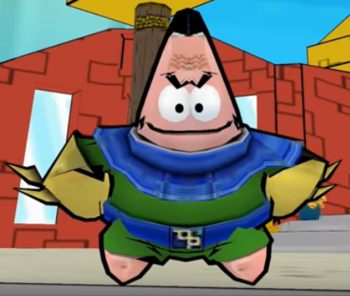 Voiced by: Bill Fagerbakke
The Arch-Enemy of Starfishman (aka Patrick Star) who terrorizes the comic book version of Bikini Bottom in "Starfishman to the Rescue".
The Village Chief 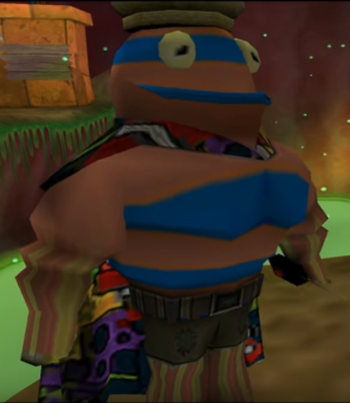 The leader of a group of castaways living inside the Alaskan Bull Worm. His wife is an ironing board.
The Inventor 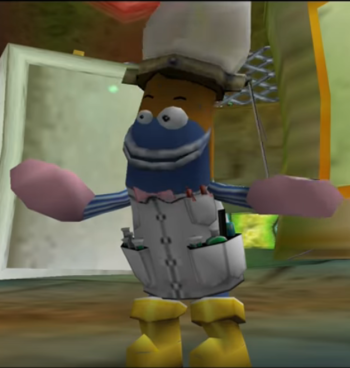 One of the castaways living inside the Alaskan Bull Worm. He assigns SpongeBob an important task of retrieving his jellyfish power cells to power his latest invention.
The Mutant Krabby Patty (Spoilers!) 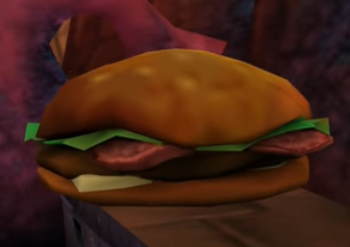 A mutated Krabby Patty that gained sentience and constantly hunts down Plankton. There's more to it than it may seem. 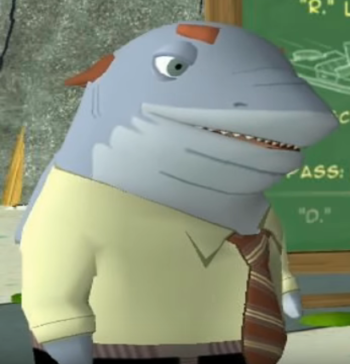 Voiced by: John O'Hurley
A self-proclaimed boating instructor of the special D.R.I.V.E. class who offers SpongeBob another chance to gain his license after he failed Mrs. Puff's test (again).