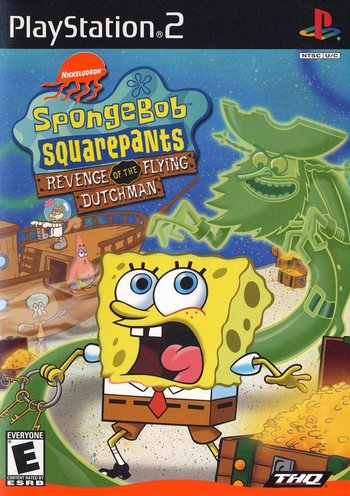 One day, while playing fetch with his pet snail Gary, SpongeBob stumbles onto an old treasure chest and decides to open it. Inside the treasure chest was a green bottle, and when SpongeBob rubs it like a genie lamp, he inadvertently releases the Flying Dutchman from his long slumber. Angry that he's been disturbed, the Flying Dutchman casts a curse all over Bikini Bottom and one-by-one, captures each of SpongeBob's friends to serve in his ghostly crew. Now SpongeBob must venture out to Bikini Bottom to seek out the Dutchman's lost treasures, lift his curse, and save his friends.