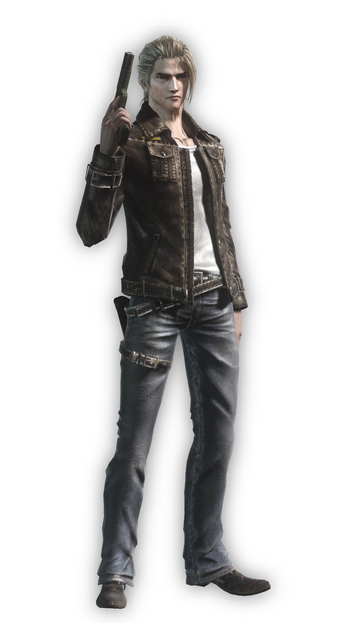 "A man should never let a woman wear too much makeup or too many clothes."

A man with self-professed "mad skills," Vashyron makes a living doing odd jobs with his gun. He acts as something of a big-brother figure to Zephyr and Leanne. 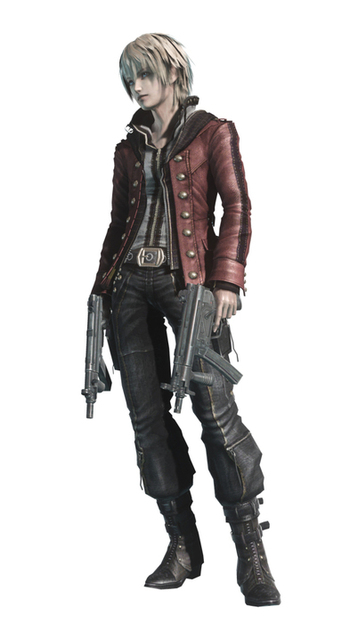 "Will He still judge me as a child of God?"

A reserved young man with a dark outlook on life. Vashyron took him under his wing and he's been making a living with his machine gun ever since. 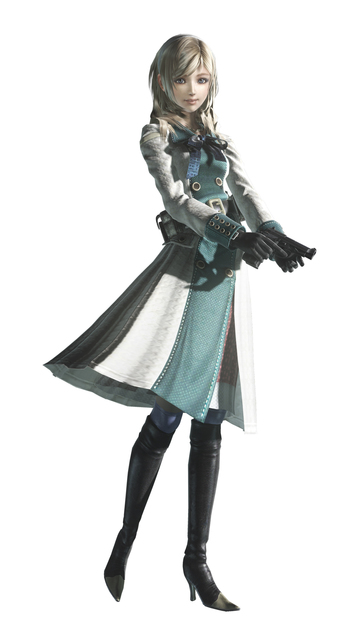 An upbeat and delicate looking girl who seems a little out of place doing mercenary work. Zephyr saved her from a suicide attempt and she "followed him home."

"I'll set my doubts aside. I'll set them aside to build a world of order. For the sake of the people."

The highest-ranked of the Cardinals, although he will not step forward to take up the mantle of Prelate. He is tormented by his past, especially the death of his beloved Freida.

"Look what they've wrought! They would use machines to spread the plague of their clockwork world. But the wastes beyond are our Eden. Now you die along with Zenith!"

Although Rebecca appears to be an adolescent girl, the horns on her head hint at a far more esoteric origin.

"Let me be perfectly clear this once: we're evil men who revel in our vainglory."

A researcher who appears to be helping Rowen. He is almost always accompanied by Rebecca. His past has ties to both Leanne and Zephyr's.

"I'm alive! You all saw it, each and every one of you! I've been chosen by God!"

A man who is completely off-his-rocker nuts. He attacked Mine 24 to get at the Quartz vein, believing that if he found his star he'd be "chosen by God."

"You've nothing to fear! Though it cost me my life, I, Cardinal Pater, bearer of the Celestial Jewel, will save you!"

A cardinal with an almost child-like personality. He has a crush on Leanne, but can't work up the courage to talk coherently around her. He seems to have a friendly relationship with Zephyr. Friendly for Zephyr, anyway.

A close contact of Vashyron, Cardinal Theresa often gives missions to him and his team.

A cardinal who was in charge of the Crank Seminary before Zephyr destroyed it and killed everyone there.

"I want to see that world. A world where people live life as they want to."'

The former leader of the Church who died twenty years before the events of the game. She was extremely well-respected by the other Cardinals and was Rowen's wife.