Characters / My Babysitter's a Vampire 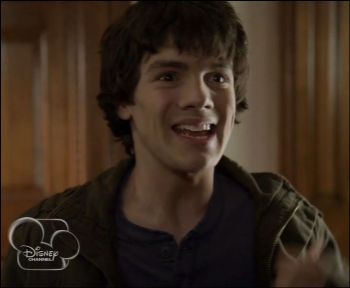 Ethan Morgan just wants to be a normal high school student, continue his unbroken streak on the honor roll, and maybe, just maybe, impress his beautiful babysitter and best friend, Sarah. But two things are making that almost impossible: the constant paranormal chaos of Whitechapel, and his best friend, Benny. Luckily, Ethan has his visions to prepare him for the excitement that's sure to find them in Whitechapel. 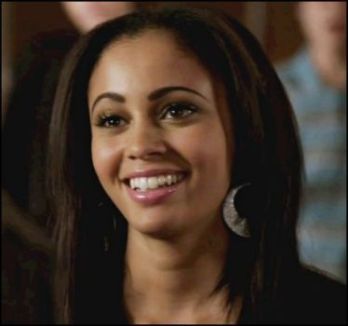 Sarah was a soft spoken member of the Dusk fan club, until she met up with a real-life fang-boy named Jesse and her life changed forever. Now she's a feisty fledgling: half-vampire, half-human, and forever struggling to find the best of both worlds. When Sarah fell into babysitting Jane and Ethan Morgan, the later who became one of her best friends, she had no idea she'd end up protecting them from werewolves, ghosts, zombies, demons, witches and a rotating roster of bloodsuckers (including some of her best friends)!

Benny Weir has been Ethan's louder, goofier best friend since they were both six years old. His grandmother, an earth priestess, informs Benny that he has the power to use magic. While he is just as brave and strategically clever as his pal, Benny admits that in his case it only applies to video games. Benny's dream is to one day make it big as a sorcerer, paranormal expert, and babe magnet.

Rory is...well, Rory. He's the kind of guy even other geeks call a geek. And no matter how odd Ethan and Benny can be, Rory still manages to be the odd man out. Even becoming a vampire "demon of the night" failed to make Rory cooler or more popular. But it does mean he has more time to stay up late and try to beat his solo marshmallow eating record. One day Rory plans to prove to the world (especially the female population) how totally awesome he is. Until then he's just hoping his parents don't find out he is undead— they'd kill him!

Erica is a huge fan of the movie Dusk. As former president of the Dusk fan club, Erica spent a long time dreaming of a more romantic, more popular life where she could be confident, powerful and the envy of all. One bite is all it took for her to achieve her dream, and now Erica is enjoying every second of her life as a full fledged vampire. Deep down she's still the "good girl" she once was, but ever since she got her fangs it's just so much FUN being bad. Lucky for her Sarah is not giving up on her BFF.

Samantha Morgan is a fun-loving, supportive mom to Ethan and Jane, and she'll do whatever she can to keep her kids happy. But lately she seems to spend more time than ever just trying to figure out what the heck is going on! The house is getting mysteriously trashed almost every other week. Ethan's excuses are getting increasingly bizarre, and even Jane acts as if there's a whole other world only she knows about. Oh, well— as long as everyone seems to be having a good time.

When Ross Morgan isn't taking cookery/dancing/archery lessons with his wife, he sells insurance— which oddly enough is something people in Whitechapel seem to need a lot of. You just never know what's going to go wrong in this town. Ross is a proud father to Ethan and Jane, even though he doesn't always understand his son's geeky hobbies. But that doesn't stop Ethan's dad from trying to connect with his boy, though he'll probably never understand why his son seems to need a new microscope and a pound of garlic every other week.

Jane Morgan is Ethan's little sister. Ethan insists that she's the one who needs a babysitter, but Jane doesn't miss a trick. Her father calls her "enterprising," and for good reason. Jane knows exactly how to get what she wants out of her family, Ethan in particular. She has a certain talent for magic, though her inexperience and lack of formal training cause her unsupervised spells to have less-than-desirable results.

Benny's grandma and an Earth Priestess (a witch on the side of good).

The principal at Whitechapel High School.

A teacher at Whitechapel High School.

A new character introduced in Season 2. She's a little girl vampire who leads the Vampire Council.

Sarah's vampire ex-boyfriend who sired her against her wishes and the main villain of the Pilot Movie. Back in the day, he was the leader of a vampiric cult that was wiped out centuries before.

He is a handsome and suave but sinister vampire whose charming smile hides a centuries-old secret. Not one to leave his fangs idle for long, Jesse has ambitious plans that he is determined to see succeed. With his considerable powers of persuasion, he hopes, one day, to control not only all of Whitechapel, but the spirited Sarah as well.

Comes back from the dead at the end of Season 1 and, through a Sadistic Choice, forces Sarah to become a full-fledged vampire. Sometime afterwards, he is kicked out of Whitechapel by the Vampire Council. Returns again in the Season 2 finale, this time, as an ally.

The Big Bad of Season 2. The Cloaked Man is a powerful mage with a grudge against all vampires, good or evil. First appeared in his cloaked persona in Independence Daze, though he was also responsible for the events of an earlier episode, Welcome Back Dusker.

He is eventually revealed to be Vice Principal Stern, who comes from a long line of powerful wizards. 200 years prior, his ancestor once tried to destroy every vampire in Whitechapel, but was stopped by Jesse. Stern ultimately schemes to reenact his ancestor's plans.