Main Character Index | Hooligan Tribe | Hiccup Horrendous Haddock III |Hooligan Dragons | Outcast Tribe | Berserker Tribe | Dragon Hunters | Defenders of the Wing | Other Dragons | Other Humans | Drago Bludvist's Army | Inhabitants of the Glacial Sanctuary | Dragon Species
open/close all folders
Advertisement:
General
A nest of dragons far from Berk which has lived free of Drago pressing dragons into his service. However, after the massive damage done to the Glacial Sanctuary during the battle there and the death of their alpha, they moved to Berk.
Valka 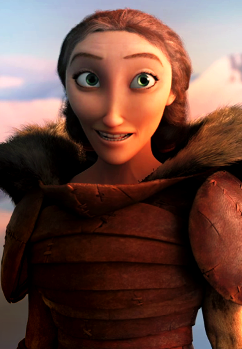 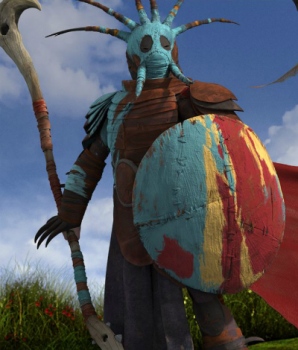 A master dragon rider that appears in How to Train Your Dragon 2, and Hiccup's long-lost mother. 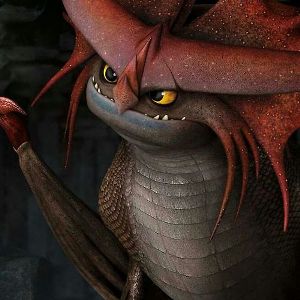 "Oh, Cloudjumper never meant to hurt me. He must have thought I belonged here..."

Cloudjumper is Valka's Stormcutter companion. Despite having stolen Valka away from Berk twenty years before How To Train Your Dragon 2, their bond runs just as deep as any dragon rider's. 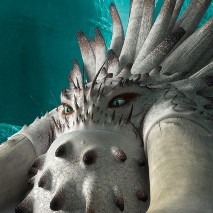 Valka's Bewilderbeast, called the White Alpha on this page, is the benevolent king of the Glacial Sanctuary dragons.

A group of dragons that Valka introduces to Hiccup and Toothless when they first enter the Glacial Sanctuary. Gruff is a Hobblegrunt, Lump is a Snafflefang, Thump is a Raincutter, Gustnudger is a Windgnasher, and Pestbud is a Snifflehunch.