Characters / How to Train Your Dragon Films - Other Humans

Humans in the How to Train Your Dragon movies who have no specific allegiance or affiliation. 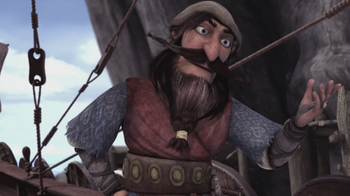 A slightly eccentric trader who comes to Berk's port every once in a while, bartering goods from the reaches of the archipelago and beyond. Generally, the goods he brings inadvertently trigger some sort of adventure. In Season 7 (Season 5 of Race To The Edge) it is revealed that his entire persona prior to that point had been a farce. In truth, Johann is a cut-throat villain who seeks to capture The King of Dragons and become the richest man in the world. 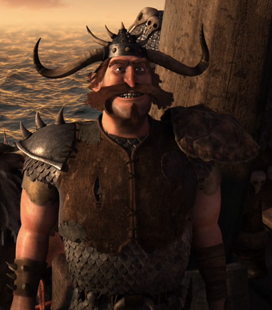 Alvin's second-in-command. Later becomes one to Dagur in season three and four. By season six, he's struck out on his own to become a bounty hunter. 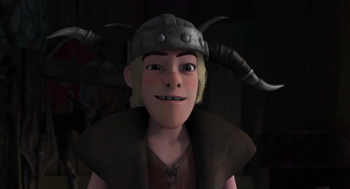 Ruffnut and Tuffnut's supposedly heroic cousin. Tuffnut idolizes him but Ruffnut hates him, as the truth is he's a greedy and amoral con-man who cares only about getting rich. Upon reuniting with his family, he attempts to steal Barf and Belch and sell them to cover gambling debts. To make things worse, he also looks exactly like Tuffnut. 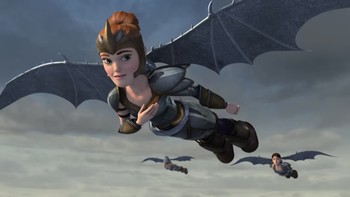 A group of Valkyrie-like women who live in harmony with a colony of Razorwhips, raising their young on their backs and giving them the ability of winged flight. Led by Atali.

An evil dragon hunter and the main antagonist of the final movie How to Train Your Dragon: The Hidden World.