Characters / How to Train Your Dragon Films - Berserker Tribe

A powerful tribe which held a superior position on the negotiating table for many years. They are widely feared and respected for their battle prowess, and generally are considered one of the more powerful forces. The Berserker crest is a depiction of a Skrill. 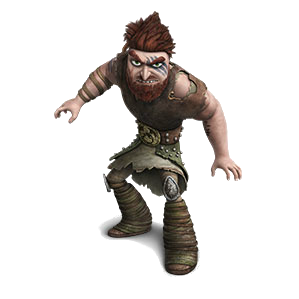 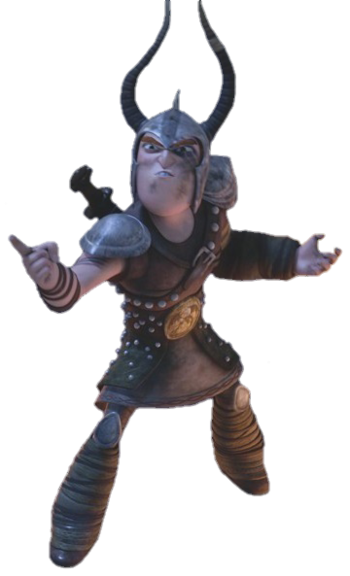 The leader of the Berserker tribe who is known for his insane personality. 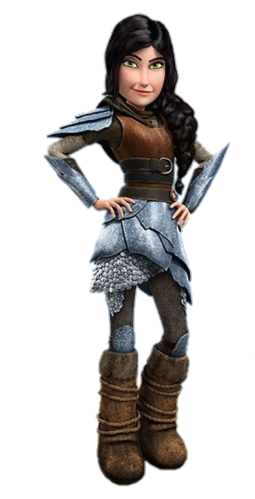 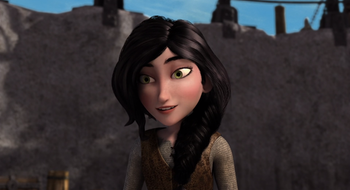 A girl that washes up on the beach of Berk and is taken in by the riders. She's a spy for Alvin to learn the secrets of dragon taming. She does this because Alvin has her parents. She appears again in season three, this time as a full Dragon Rider.

Oswald the Agreeable
The previous leader of The Berserkers, and Dagur's father. In the past, he made a peace treaty with Berk that had been upheld for over fifty years. While liked by Berk, his power was respected and Berk takes steps to make it clear that they were not doing anything to threaten them. However, before the latest treaty signing, it is implied Oswald died of unspecified circumstances, and either way his son Dagur took command of the tribe.
Vorg 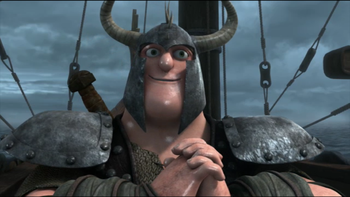 Voiced by: Brook Chalmers
A Berserker who acts as Dagur's second-in-command during Riders of Berk and Race to the Edge.
Advertisement:
Ansson 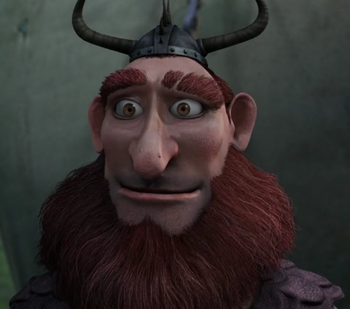 Voiced by: Jeff Bennett
A Berserker and fisherman who bullies Dagur.