Characters / How to Train Your Dragon Films - Hooligan Dragons

Although not always well behaved, the Hooligan Tribe's dragons have made themselves at home in Berk and live with them. Naturally this was not a smooth change, but they have integrated with their human allies. 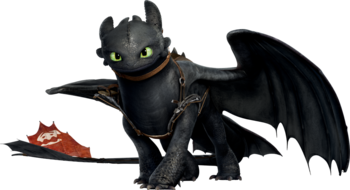 Toothless is the name of Hiccup's Dragon in both the book series and the film franchise and is the Dragon protagonist. In the books, Toothless is a young Seadragonus Giganticus Maximus, although it is originally believed he is a Common or Garden Dragon, while he's a larger, black Night Fury in the film adaptation.

He is the quintessential dragon in the series, and remains unrivaled in intelligence. He is presumed to be the only living Night Fury, at least on Berk and the surrounding Isles. Better said in the whole world probably. 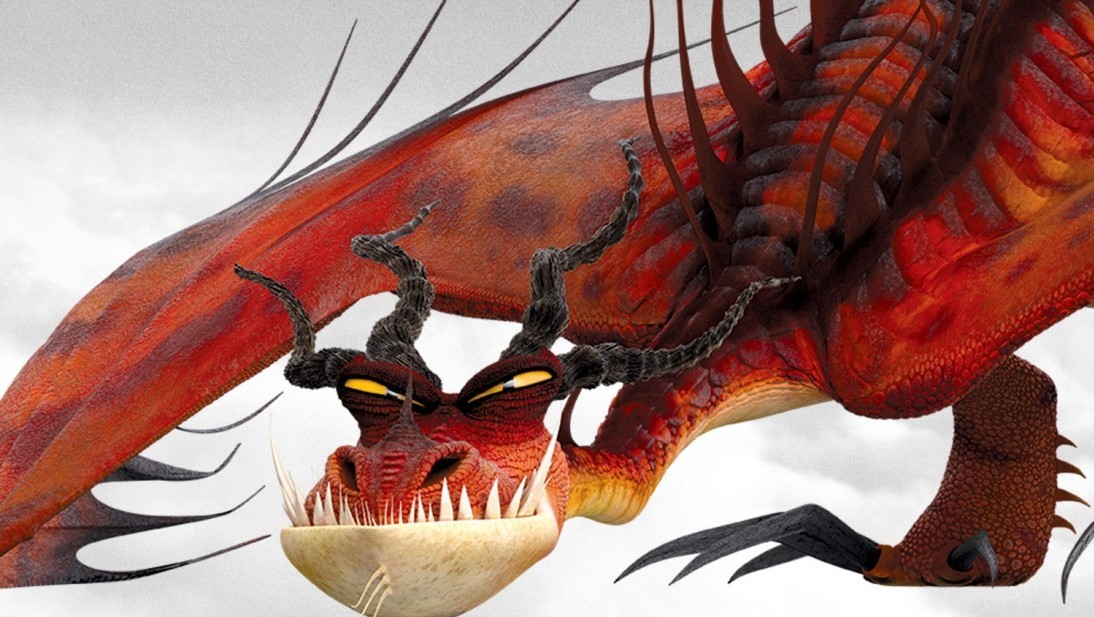 Snoutlout's Monstrous Nightmare. While he's a very powerful dragon, he has an unruly personality and tends to ignore his owner's commands. 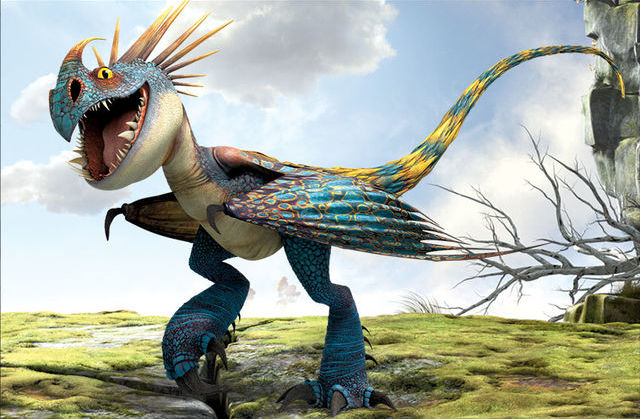 A Deadly Nadder, Stormfly is Astrid's dragon and the two often act as Hiccup and Toothless' main backup. 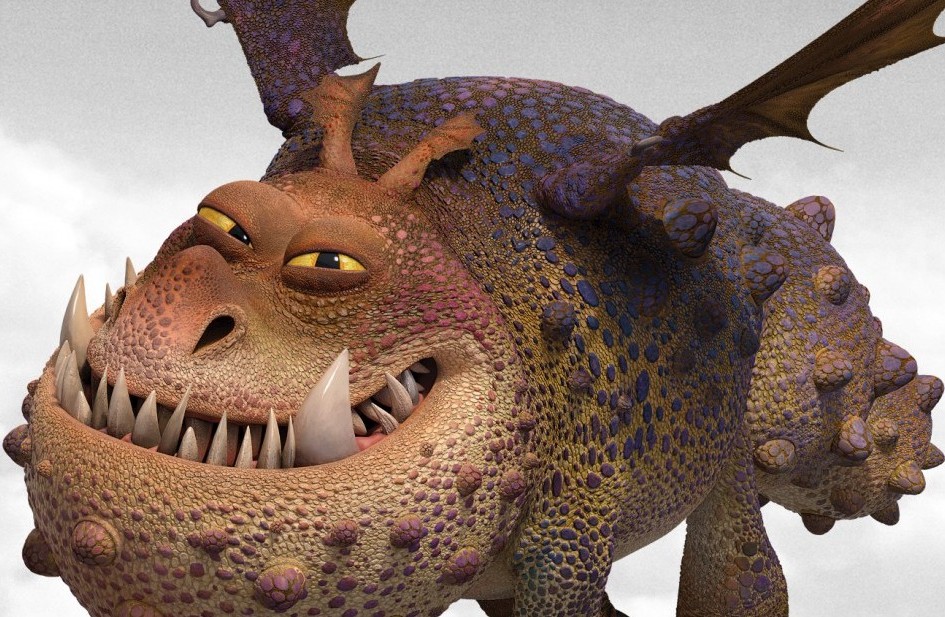 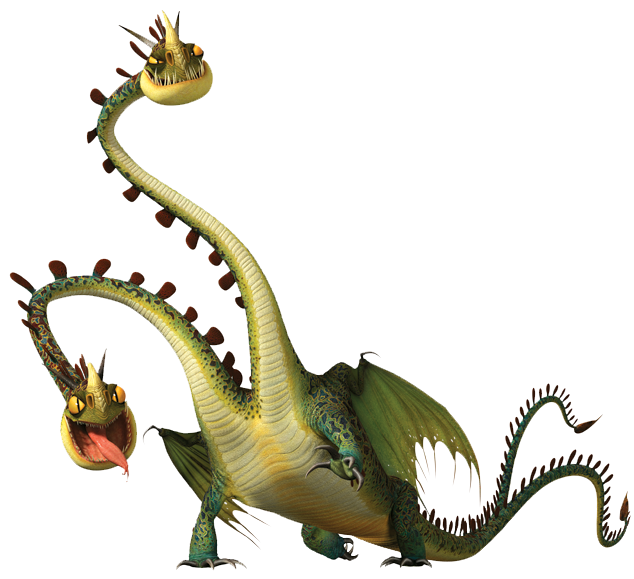 The twins' Zippleback. Is just as eager to cause destruction and chaos as the people who ride them. 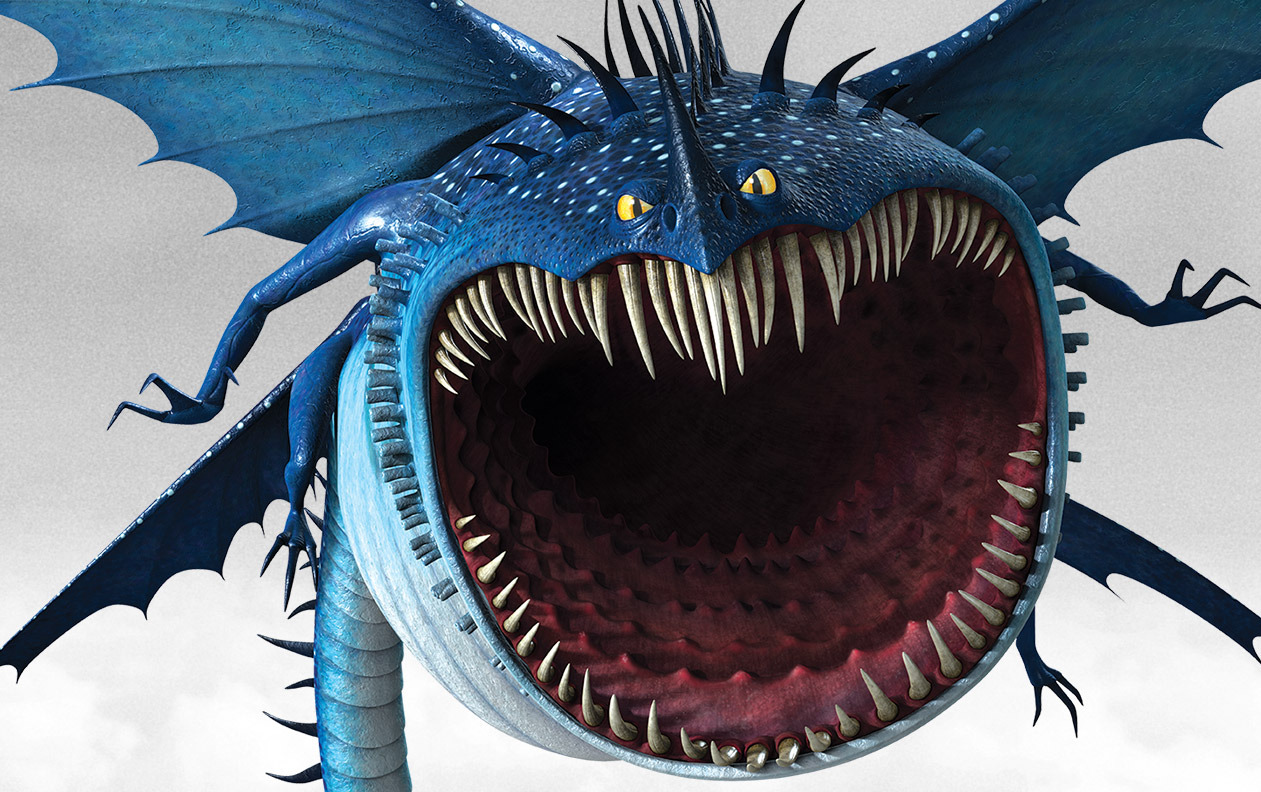 A Thunderdrum that formerly swam the waters around Berk before Stoick forged a friendship with it, and it subsequently became Stoick's dragon. 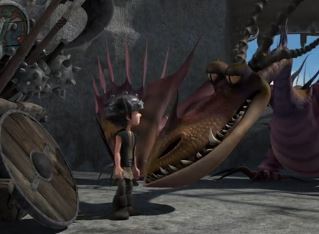 A young Monstrous Nightmare tamed by Gustav. While well-meaning, Fanghook is usually just as accidentally destructive as his rider. 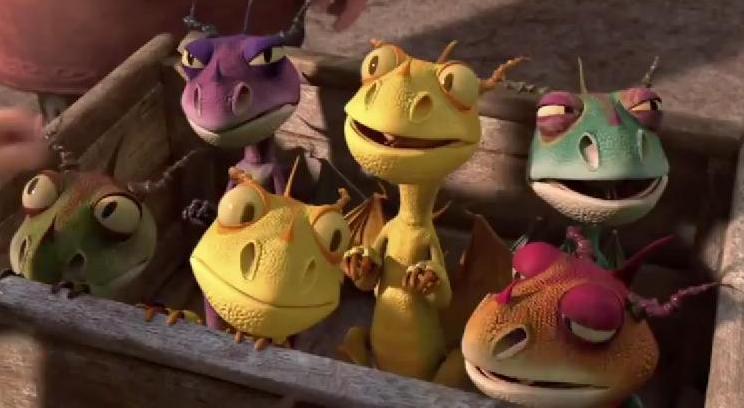 A group of Terrible Terrors trained by the riders on a bet made by Fishlegs and Snotlout.

Hiccup's Terror, Sharpshot, a loyal little dragon trained to shoot with impressive accuracy.
Astrid's Terror, Sneaky, a Stealth Expert.
Fishlegs's Terror, Iggy, which he trained to fetch objects by cue cards.
Snotlout's Terror, Pain, which he "trained" to bite things (mostly himself) and be nearly impossible to remove once it does.
Ruffnut and Tuffnut's twin Terrors, Butt and Head, which they trained to run into each other.
Skullcrusher 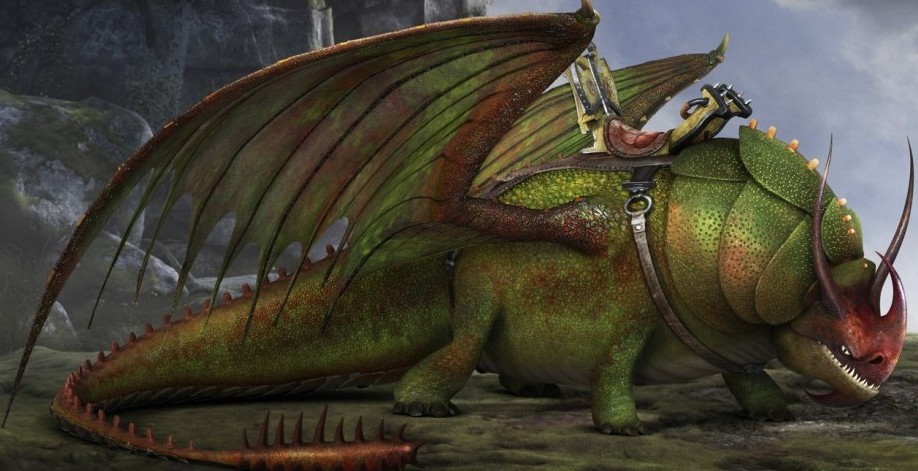 A Rumblehorn who has become Stoick's dragon in the second film since Stoick let Thornado go in the series. After Stoick's death, Eret adopts Skullcrusher as his own dragon. 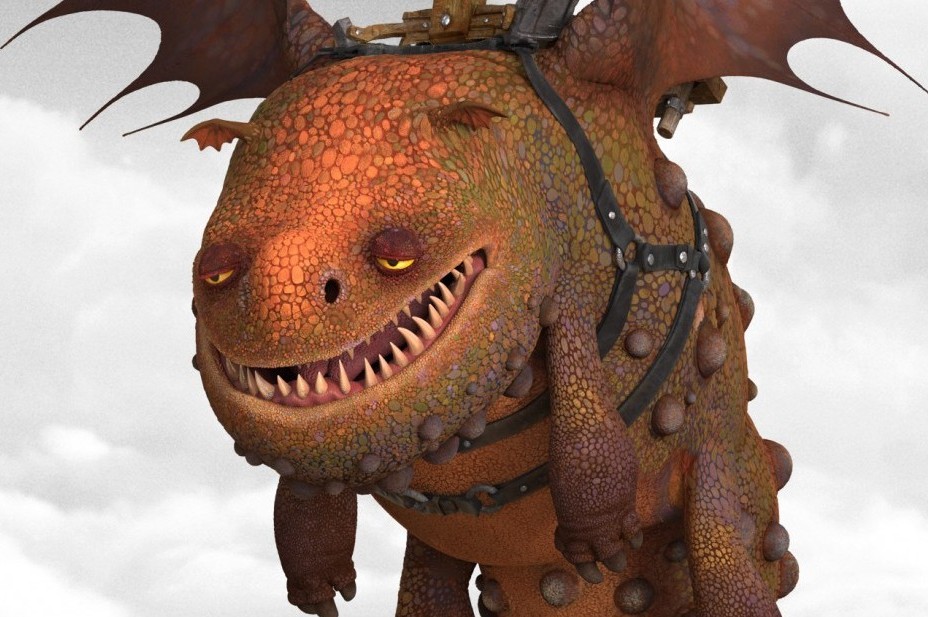 Gobber's dragon in the second film, a Hotburple who Gobber uses to keep the fires in the forge aflame...when he isn't asleep, anyway.

A pack of Night Terrors, led by an albino named Smidvarg, that serve as the sentries of the Edge.