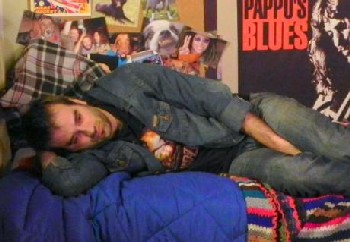 Here's Andy doing his daily work
Andy is a man with a simple job: just take some dogs for a walk, and call it a day. The days he does that. The rest of the time, he simply enjoys 80's music and waste his time around. And one day, he found that the single time he had sex with his high school girlfriend Loli, he left her pregnant, and that he's the father of Martín (who was thought to be Pablo's son instead). 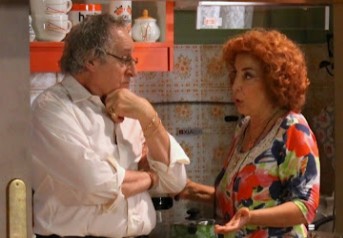 I told you that the knishes do not have salt!
Elías and Dana are Andy's parents, of Jewish heritage. They never imposed any discipline to Andy, and encourage Gaby's romances because they want to have grand kids (and Andy is too laze to actually be a father, or even pursuit a real romantic relation). If they only knew... 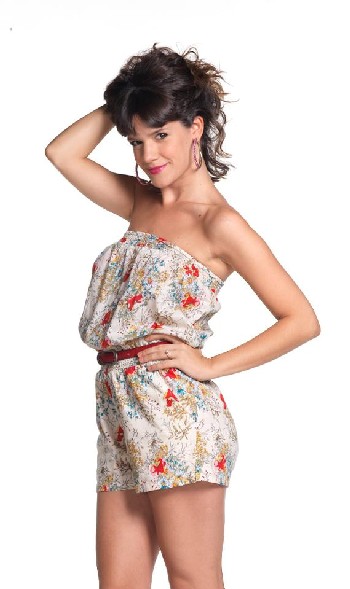 Have you seen some nice guy around?
Gaby is Andy's younger sibling. She's always looking for love, and Andy always points the flaws of the people she chooses. 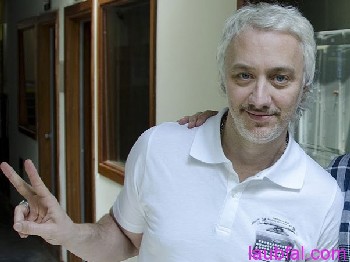 Here is "the grey haired Goddzer" or "Goddzer 2".
Andy's cousin, from Brazil. He first appeared for a brief visit and returned to Brazil, and then came back to Argentina to stay (in the real world, Andy Kusnetzoff was making a guest appearence in Graduados, and later settled to work as a steady actor of the cast). He is a womanizer, and tries to seduce all women that pass near him. 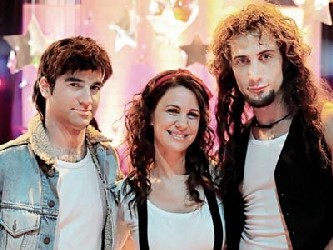 Loli and her two lovers, Andy and Pablo, during the good old times
Loli was the nice and popular girl of the school, daugther of the businessman Clemente, and got pregnant after graduation. She thought that Pablo was the father, so she got married with him, and established a family. But several years later, it was found out that Martín was actually the son of Andy, not Pablo. 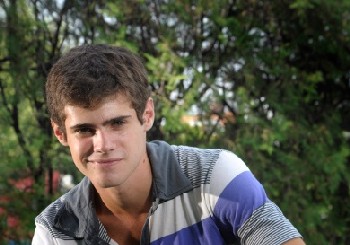 Have a nice day...
Martín is the son of Loli and Pablo... in paper. Actually, he's the son of Andy Goddzer, but so far most of them try to keep it secret. Martín began to meet his father, and to learn some of his attitudes towards life. Not that Pablo is very pleased with that... 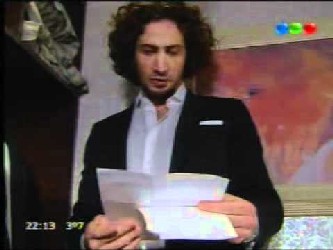 Yes Pablo, Martín is not your son.
Pablo was the "good guy" that Loli chose when she left her "bad guy" high school boyfriend, Andy. When it was thought that he made her pregnant, he married her. He's a man of the world, who enjoys luxury and works in Clemente's firm. He leads the life of his son with an iron fist. 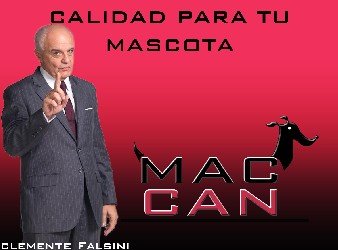 All the products for your dog, get'em in MacCan!
Clemente is Loli's father. He runs the "Macan" firm, and has little time for anything else. He got married with the much younger Patricia, without stopping to consider things well. 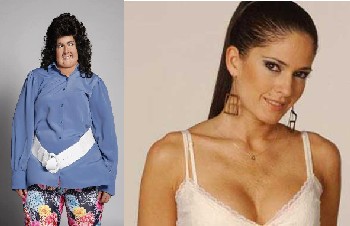 Before... and after
Patricia was the fat girl of high school. She hated everyone because they discriminated against her. After High School, she was accepted into an institute that made her thin and changed her face. She changed her name as well (before this, she was Jimena Benitez), and began her new life. And now, destiny has placed her former school mates around, who don't know it's her. As they say, revenge is a dish best served cold... wait, someone said "served"? 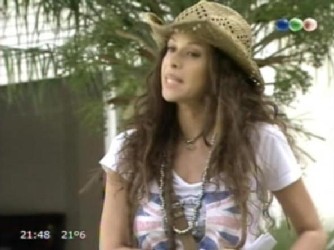 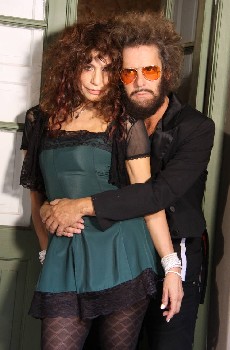 Tuca and Edda Bustamante.
Tuca is Andy's best friend, and the most severe case of "80's fever". Every conversation provides a reason to change the topic and go into nostalgia realm. For example, you may tell him to have a more self-control, and then he begins to remember the hits of Laura Branigan. 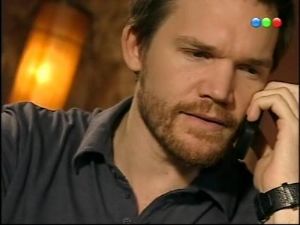 When all the former students made a reunion meeting, he dropped a bomb: he's gay. Not just in 2012, he was gay all along, including during high school, but only at this point he was brave enough to come out of the closet. They were all shocked, but accepted it... all except Pablo, who remembered that, after sports, they shared the locker room, which means that a gay man saw him naked and enjoyed it. Guillermo confirmed that yes, he enjoyed that. And so, the fight began... 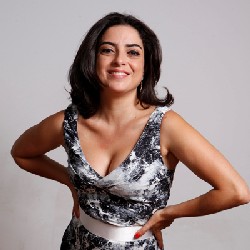 Vicky is Loli's best friend. She works as a therapist, and her main goal in life is to find a noble prince that gets married with her and gives her offspring. Her secret love, the guy she always loved and expected to be that man, was Guillermo Almada, and now she's around once more. There's the little problem that Guillermo is gay, he sees her as a good friend but nothing else... but she still has not fully acknowledged that fact.