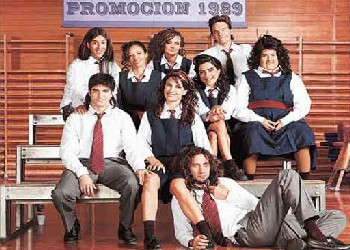 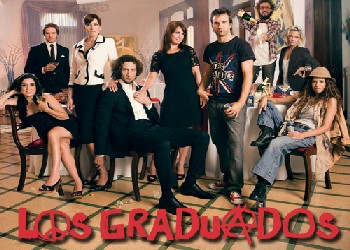 ...and after
Graduados is a 2012 Argentine comedy. It is about a group of former 80's high-school students, who grew up since then, and life led them to many paths.
Advertisement:

Loli is married with Pablo, but she had a relation with Andy in the past, and she discovered that her son Martín was actually Andy's son, not Pablo's. Andy is also a friend of Vero and Tuca, who run a radio. Vicky is Loli's best friend. Loli's father Clemente run the Macan enterprise, were other former students work, as Guillermo. Finally, unknown to all, Patricia Longo is actually Jimena Benitez, the ugly and fat girl who was rejected by everybody, who became thin, changed her face and name, and swore vengueance against all her former mates.