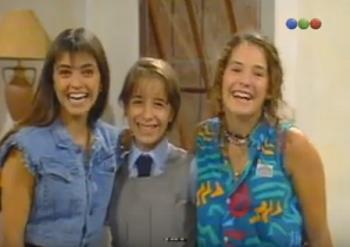 Arturo is a widower, with three teenage daughters. He tries to be a good parent, open and welcoming, but often gets in troubles and disputes because of their erratic childish antics. Uncle Norma tries to fill the place of her late sister as a strict parental figure, and nobody likes her. Arturo hired a nanny, María, an uneducated woman who easily understands and helps the girls. Teo, a close friend of Arturo, also helps to raise the girls.

He produces clothes for women, and fell in love with Mercedes, a rival in that market.