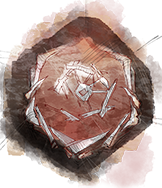 "The Entity is a force of darkness from an ancient place with no name. No sense of purpose other than to endlessly torture its victims over and over again."
— Benedict's Journal

The Observer * Also referred to as The Archivist or The Prisoner 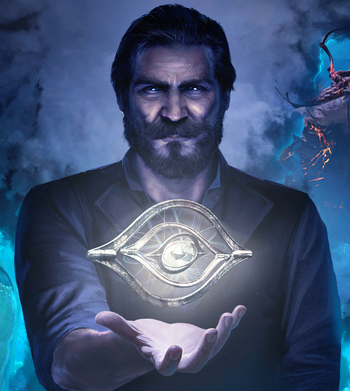 A mysterious man who oversees a part of the realm known as The Archives. He was added to the game alongside the Archives in October 2019.

He is the overseer of the Archives and has the ability to probe The Entity to gain access to memories from the Survivors and Killers trapped in the realm via the use of a strange artifact called the Auris, which also makes him invisible to the Entity. He also narrates the in-game text entries and logs unlocked in the Archives.

"I found marvels through the years in The Fog, but only now do I understand how to bend The Fog's irrefragable rules."
Another personresiding in the Fog who is occasionally referenced in certain offering and perk quotes.
Benedict Baker

"Death is not death. In this place, life is fleeting. To whomever might find this lore, I can but only provide you with one advice: always move forward. This is what keeps me alive, and have so for a while. If I were to advise further, I would suggest you harvest every forsaken location for anything that might thwart the horrors that lurk within. And keep an eye on the gates. If they open, you must flee. I hope my scribbles have not been in vain. If you find this lore, make use of it and pass it on. If you find me, bury my body."

An unseen individual, whose journal entries dot the Bloodweb. His current state is somewhat of a mystery, although likely alive. 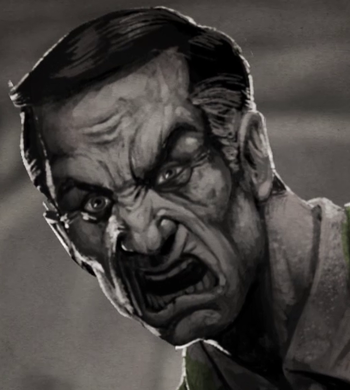 The original operator of the MacMillan Family Estate and the father of Evan MacMillan.

He ran the estate with little care for the workers, making them work long and hard, but paying them little and even had a habit of beating up his workers. A habit that was shared with his own son.

As he got older, Archie's health, physical and mental, weakened. Evan tried to help him, but he kept getting worse. Eventually, he snapped and ordered Evan to lead his workers into the mines and seal them in with explosives so that they wouldn't steal the estate's money for themselves.

Sometime afterwards, Archie was found dead in his warehouse's basement, his body clearly showing signs of starvation. Evan, too, had disappeared.

Head of the Peak 22 and Dwight's former boss.
Pam