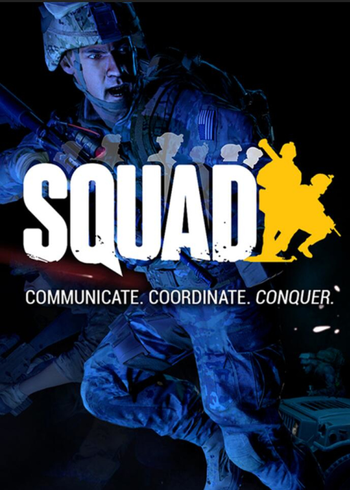 Squad is a standalone video game by Offworld Industries, that is set out to recreate a realistic tactical multiplayer military experience. It is being created by veteran modders of the Battlefield 2 modification Project Reality and is a spiritual successor to it.

, set during the Western Front World War II, and Beyond the Wire

, set during World War I. Both started as mods for Squad until they became standalone games, made by separate teams but published by Offworld Industries.