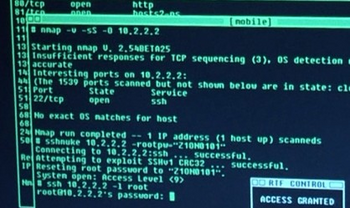 If there's a show set in the 21st century, The Team will have a hacker, an operator, or other kind of computer user on board. Since the writer wants to portray that person as well-informed, there must be trillions of lines of source code flowing over the computer screen.
Advertisement:

In Real Life, no software developer goes about things that way. When developing programs, you need to study and create every single line of source code with all your focus. Since this isn't cool enough the Cool Code of Source will be forever running the screen.

Even the designers of TV shows have to get those lines of code somewhere, a common source is the Linux kernel.