Film / Juan in a Million 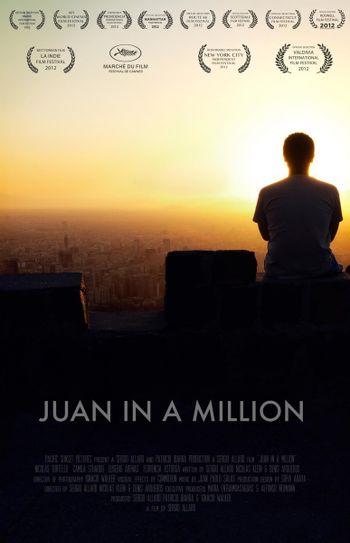 Juan in a Million (Also called The Silent Earth) is a 2012 Science Fiction Drama film.
Advertisement:

Juan Pablo Garcia of Santiago, Chile prepares his video application to Harvard, then takes a nap. When he leaves to go to a party that evening, he finds the entire city was empty. For several weeks he searches the city to discover what has happened.

No relation to the trope Million-to-One Chance, nor connection to The Tube's 1983 hit "She's a Beauty"

Tropes in this Film