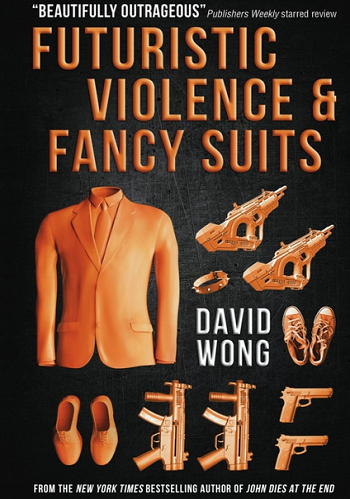 The third book by David Wong (Jason Pargin) and the first not in his John Dies at the End series.

The book takes place 20 Minutes into the Future and features a young woman named Zoey Ashe, whose Millionaire Playboy father just passed away. Now Zoey, who lived in a trailer park and had nothing to do with her father, is on the run from all sorts of superpowered thugs who want to kidnap her because she is apparently the key to her fathers vault.

A sequel, titled Zoey Punches the Future in the Dick, was released on October 13, 2020.