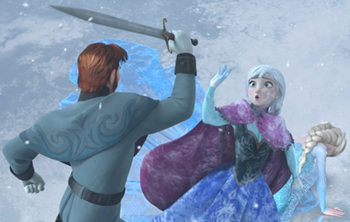 "Only an act of true love can thaw a frozen heart."
Advertisement: