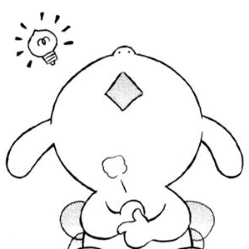 "Why didn't I think of it sooner?"

No spoiler tags will be used on this page. This page also assumes you have read the "lost chapter". Proceed at your own risk.