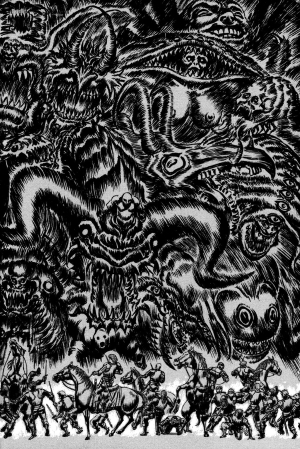 Welp, this is gonna take a while. Grab your comfort food and teddy bear; you're gonna need them to keep your sanity after being exposed to the nightmarish world of Berserk.

open/close all folders
In General
The Black Swordsman Arc