This is the character page index for Vampyr Minor Characters.

"You've set a table for a snake, and you wonder why there's venom in your food!"
Voiced By: Ben Peel
Species: Human/Potentially Ekon 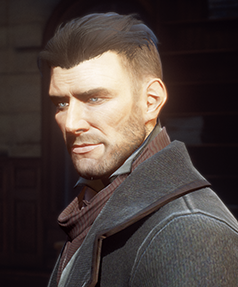 A vampire hunter and the leader of the Guard of Priwen that fight to cleanse London of all vampires. 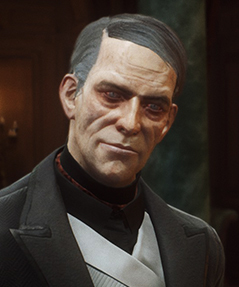 The founder and chairman of the Ascalon Club. 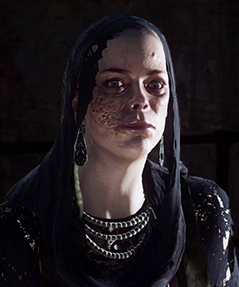 Leader and elder of the Sewer Skals. Unlike the rest of her race, she wasn't created by the current Spanish flu since she is much older than the others. 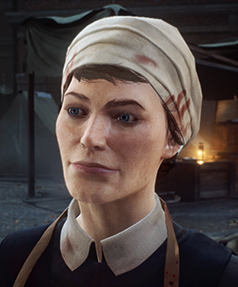 A nurse at Pembroke Hospital, running an illegal dispensary buying and selling medical products. As the only one providing medical care to the impoverished around Whitechapel, she is the district's Pillar. 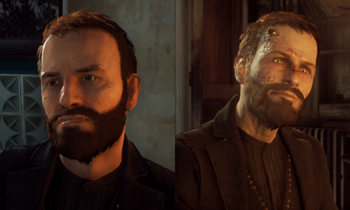 A pious clergyman that manages a night asylum in the Docks, and serves as the District's Pillar. Jonathan and Dr. Swansea save him from the ravenous William Bishop in the tutorial. 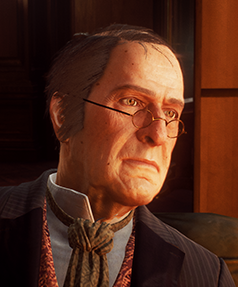 The richest businessman in London and also a human member of the Ascalon Club. Serves as West End's District pillar.

"Ascalon's will is vampire law! Learn them, abide by them, or I shall return as your judge and jury."
Species: Vulkod 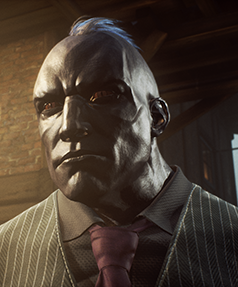 Fergal the Beast is a Vulkod member of the Ascalon Club.