A group of religious fanatics have divided in several factions, two of whom have different intentions toward the clones.

A scientist who played a role in the cloning experiment, but saw "the error of her ways" and joined the Proletheans to get rid of the clones.

Played by: Daniel Kash
"Abominations have no souls."

A mysterious fanatic who acts as a pseudo-father figure to Helena. It's implied he took her from the Ukrainian convent where she grew up. 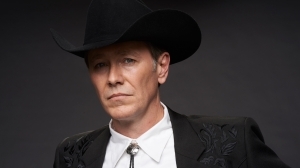 What I see here is God opening a whole new door.

Played by: Peter Outerbridge
"You know, a wise man once said, "science without religion is lame, religion without science is blind"." 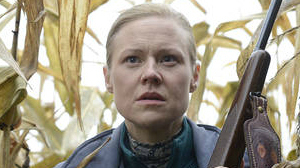 Played by: Kristin Booth
"Just do as your father says."

Hank's main wife, the mother of Gracie and the matriarch of the Johanssen ranch. 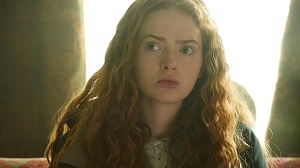 You're barely even human.

Played by: Zoé De Grand Maison
"Go back to hell where you belong."

Hank and Bonnie's young daughter. She grew up an ardent fundamentalist, but her deepening involvement with the clone conspiracy is forcing her to look at the world differently.

Played by: Kathryn Alexandre
"My only regret is breaking bread with abomination!"

A midwife and nurse at the Johanssen's ranch who's responsible for taking care of community's children.