The various characters affiliated in some way with Dyad.

Played by: Matthew Bennett
"Do one more thing to help her so I can put a bullet in your head."

An agent of Dyad sent to collect Sarah and Kira when they prove to be uncooperative. 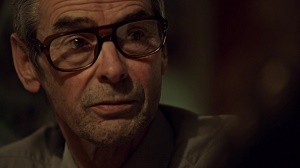 Once you've gone too far, it's hard not to go all the way.

A man taking care of a lot of birds in a house crammed full of old papers. Actually Rachel's adoptive father, hiding from Aldous Leekie. 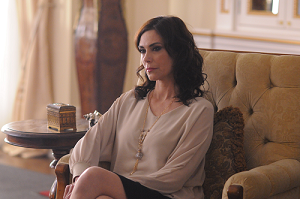 If Rachel's become too entangled, we have to step in.

One of Rachel's superiors at the Dyad Institute.

A geneticist and researcher at the Dyad Institute who would be bring in doctors inside Paul's apartment to medically examine Beth, and later, Sarah, disguised as Beth, in their sleep. He formally introduces himself to Sarah in the second season finale. 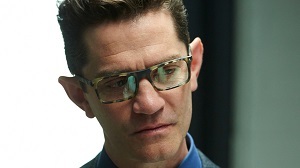 Tell me, Rachel, 50 years from now you think your kind will still be calling each other sisters?

Ferdinand is a well-educated, cool to the touch, charming, and intimidating “cleaner.” A powerful player in a secretive, multi-national cabal, he acts with questionable ethics and a ruthless modus operandi. His association with the Dyad Institute could mean big trouble for the Leda clones.

Ferdinand’s silent, imposing and violent personal bodyguard. Communicating with his boss by looks only, Bulldog carries out the dirty work of his shady employers.