The Clones of Project Leda

Played by: Tatiana Maslany (as adults), Cynthia Galant (as middle childhood to pre-adolescence stages), and Habree Larratt (as early childhood stages), Kathryn Alexandre (body double)
"Just one. I'm a few. No family too. Who am I?"

A group of young women who look identical to each other because they are clones born of the same genetic material. Most of them were not aware of their true origins until adulthood, but they are of great interest to various underground conspiracies. 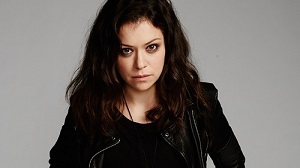 Something really weird just happened at the train station.

"The last thing I am is special. I'm the biggest mess there is."

The main protagonist, Sarah is a tough, clever survivor running from a lifetime of bad decisions. After witnessing the suicide of a woman who looks exactly like her, she decides to use it as an opportunity to escape her troubled life. But, as she quickly discovers, Beth Childs had troubles of her own. 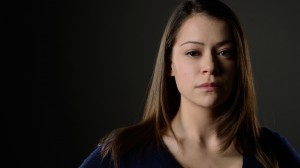 We do terrible things for the people we love.

"Can you look at me? Look at me. Can you see me? Can you knit me together? Or just tear me apart?"

Beth was a cop who killed herself under mysterious circumstances. She was involved in a clone conspiracy, finding and protecting her fellow clones. 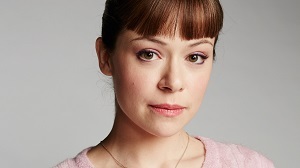 Don't worry. Everything is under control.

An uptight soccer mom, Alison was one of Beth's initial confidantes who helped conceal the conspiracy. Alison prefers her cozy, "normal" life to dealing with clone business, but she'll willing to go to great lengths to protect the others. 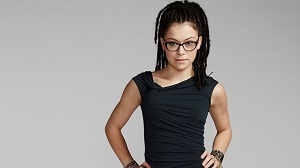 "Well, science is what scientists do, Sarah. You know, nobody's got any idea. We're just, poking at things with sticks."

Cosima is a university student who does most of the scientific research for Beth, Alison, and later Sarah. She also helps Sarah adjust to the fact that she's a clone. 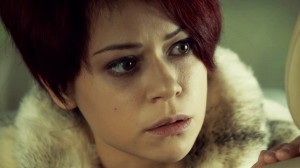 You are police, Beth. We need you.

Not much is known about her except that she's German and had a briefcase containing information about the clones. She was murdered in her first appearance. 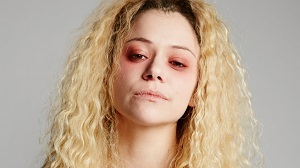 You are me, I'm you, we're both the victim and the cop.

"She was just one of a few, unfit for family. Horse glue."

Helena is another clone whose presence deepens the mystery. She's a religious fanatic with apparent mental issues and a strange fascination with Sarah.

Eventually it's revealed that Sarah and Helena are (the only known) identical twins among the clones, as their embryo split in two in the womb. 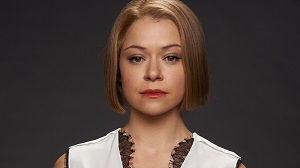 You may even grow to like it here. Just as I did.

"Nobody lays hands on me."

Rachel Duncan works for the Dyad Institute as a "fixer" for the clone project. She offers Sarah answers and protection in exchange for her cooperation, but has a more personal motive as well...

Dr. Leekie said he could help, but he lied.

"Every week the Dyad tries a new treatment. Nothing works. I'm just getting sick."'

Another clone from the Midwest of America. She produced a video diary that was later found by Cosima. 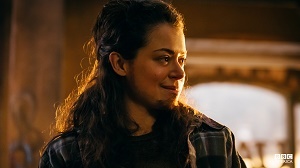 Can't fence this shit in.

"There's only one Tony, and you're not me, sucker."

A transgender clone who appears on Felix's doorstep in the second half of season two. His friend Sammy had been in communication with Beth and sends him to her not knowing that she's long dead. 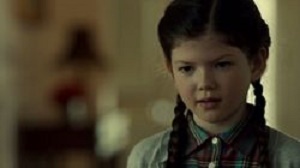 An 8-year-old clone, made after the original set of clones. Also the only surviving clone of over 400 attempts to replicate the experiment. 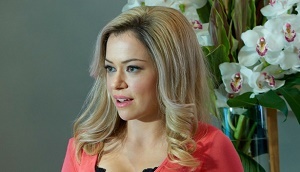 You can't crush the human spirit.

A LEDA clone who works in a beauty salon. She was nearly kidnapped by Rudy and Seth, two of the Project Castor clones. 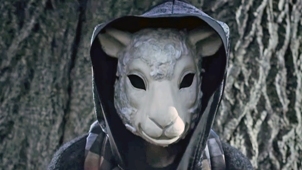 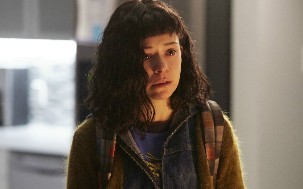 An associate of Beth Childs' introduced in the season 4 première. It is not currently clear whether the other clones even knew of her existence, but she contacts Sarah warning her that she is in danger from Neolution. Little is currently known about her, even her actual name, but she has a habit of wearing a sheep mask as a reference to Dolly, the first cloned animal. She's actually Veera Suimonen from Helsinki.

A homeless musician, she was killed by Rachel before the start of the series.

Three European clones, all killed before the series began. Danielle was from France, Aryanna was from Italy, and Janika was from Austria. All three were in contact with Katja. Documentation and samples for them were present in Katja's briefcase.

A Polish clone who, like Jennifer Fitzsimmons, succumbed to the Leda defect illness.

Helsinki Clones (SPOILERS!)
Six self-aware European clones who were executed by Topside in 2006 with Operation: Helsinki in the form of wide-scale attacks. Veera is the only one who survived.

A clone from Tapiola that Veera tracks down from her hacking.

A Polish clone that Veera tracks down from her hacking.

A Czech clone whom Ania mistook Veera for.

A clone found by Ania to support her conspiracy theory. Became involved in the conspiracy after she caught her monitor reporting to Dyad over the phone.

Two Dutch clones who were raised under the belief they were normal twin sisters. Their swimming gained them the attention of the newspapers, leading to Ania discovering them.

A clone Veera meets in a lab who has apparently been receiving experimental 'treatments' all her life.

Another clone from Dr. Volkov's lab.