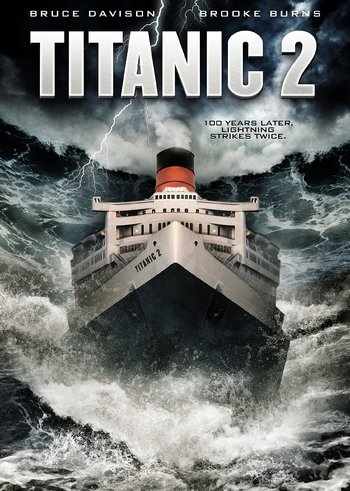 What could possibly go wrong?
Holodeck Panel: Please enter program.
Scotty: The android at the bar said you could show me my old ship. Let me see it.
Holodeck Panel: Insufficient data. Please specify parameters.
Scotty (irritated): The Enterprise! Show me the bridge of the Enterprise ya chatterin' piece of...
Holodeck Panel: There have been five Federation ships with that name. Please specify by registry number.
Scotty (slowly): N. C. C. One. Seven. Oh. One. No bloody A... B... C... Or... D.
— Star Trek: The Next Generation, Season 6 Episode 4, Relics"
Advertisement:

A newly built ship, spaceship, or other large named vehicle is christened with the name of another vessel, one that has been previously destroyed or decommissioned after an illustrious service life. This is done to demonstrate a profound attachment the ship crew had to their old ship, or how illustrious the predecessor ship was, but simultaneously serves as a bad omen regarding the new ship's fate (or not).

In Nautical Folklore, naming a ship after a vessel chiefly remembered for having bad luck is considered taboo. Probably few shipbuilders would consciously believe in such superstition; they would believe that few passengers would get on. Likewise few passengers would be consciously believing this. Still it would somehow "not be proper" to launch a second Titanic. See What Did You Expect When You Named It ____?.