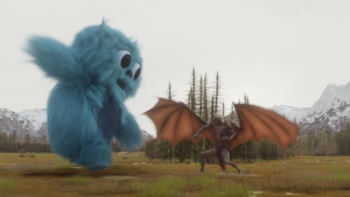 Yes, that is a giant children's toy fighting a time demon. Yes, it's just as awesome as it is hilarious.
Advertisement:

Episode 5: The Satanist's Apprentice
Episode 15: Fungus Among Us