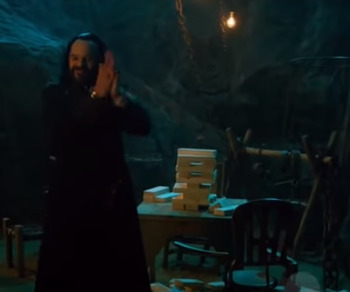 Episode 1: Ground Control To Sara Lance
Episode 2: Meat: The Legends
Episode 3: The Ex-Factor
Episode 4: Bay of Squids
Episode 5: The Satanist's Apprentice
Episode 6: Bishop's Gambit
Episode 7: Back to the Finale: Part II
Episode 8: Stressed Western
Episode 9: This Is Gus
Episode 10: Bad Blood
Episode 11: The Final Frame
Episode 12: Bored On Board Onboard
Episode 14: There Will be Brood